From fishermen’s insurance to finance CEO: Lessons from a serial software salesman 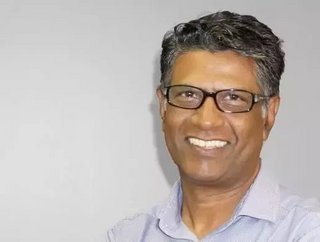 Back in high school, one of my first summer jobs was selling insurance to fishermen in Nova Scotia. I would literally have to walk down to a fisherman’s dock and try to sell a policy for cash. It wasn’t an easy sell.

One thing that always stuck with me was the training program, where the big theme was PMA: positive mental attitude. They had PMA in big letters on a board. That job was a great introduction to sales and running a business because you always face a lot of rejection along the way. Through any adversity, you have to stay positive.

I’d say there are three other things any entrepreneur or business leader should keep in mind.

I wanted to be a rock star, and I dropped out of university to pursue that dream. My friends and I had a band, a record deal and even some airplay, but not a big chart-topping hit.

To make ends meet, I ended up selling stereos on Yonge Street in Toronto, and at some point learned that I was in the top 1% of sales reps for the whole chain of electronics stores. My cousin, who worked in computer hardware, suggested software was a growth area. So I bought some PC magazines and talked my way into a job at SoftKey, now most famous as the firm Kevin O’Leary later sold to Mattel.

If there’s anything I learned from O’Leary, it’s that he knows how to sell, and he always made sure he had something worth selling. At Vena we offer cloud-based financial software, which can be tough to grasp because people can’t hold it in their hands. That’s why we use case studies, customer videos and other things that give a more tangible sense that we offer something worth buying.

When you can back up what you’re selling and be successful at it, you can fund your other dreams, too. Today I have a music studio at home, and I recently began playing live again. Thanks to succeeding in software sales, I still get to pursue my passions.

I see a lot of entrepreneurs not willing to capitalize their business because of the risk of losing equity. My advice is if you’ve got a great idea, don’t try to control it all.

In Vena’s early days our thing was, “let’s not worry too much about keeping all our equity; let’s share it with employees and the leadership team.” What was more important to us was to bring a great solution to market, and building a team with a vested interest in making it happen.

In a nod to Mark Cuban, our secret sauce has always been our sales-driven culture – that when all else fails, sales cures all. We hire and train our team so everyone in the company can sell our software. Our CTO can sell. Our developers and HR team can sell. Anyone can. And we make sure they can by positioning our product so that it’s more compelling than anything out there.

For example, we use Microsoft Excel as a main interface into our software -- only Facebook has as many users – so it’s as easy as possible to use. That’s what everyone knows sets us apart, and why we win 70% of our competitive sales cycles.

3.  The Best Leaders are Authentic

I did go back to school eventually -- I got my MBA and focused on areas of leadership that spoke to things like authenticity and emotional intelligence (EQ). That’s had a major influence on my leadership philosophy and developing Vena’s business culture.

That emotional intelligence can be just as important as intellectual capacity, and we value it as much or more when we’re hiring people.

The thing is, the tech industry is so much different than when I started 30 years ago. The NASDAQ was built on software and tech companies. It’s now a very mature industry and highly competitive. Today’s customers know when you’re selling vaporware or spin, and when you’re offering something of genuine value.

On a final note, I’m proud to say that these lessons have paid off, especially here at Vena. We just wrapped up our fifth straight year of triple-digit sales growth, hiring 86 new people over the past 12 months. Vena may be a long way from those fishermen’s docks but, thanks to these lessons, we’re still landing the big fish.

Don Mal is the CEO and co-founder of Vena Solutions, offering budgeting, revenue forecasting and reporting software for medium to large sized organizations – all with the full power of Excel. Don co-founded Vena after a more than 20-year career in software sales and sales leadership.