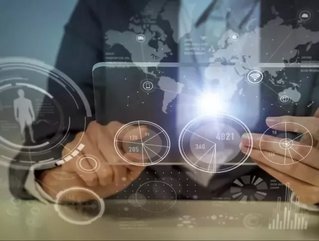 Having seen huge developments in the business process outsourcing industry and experienced various company mergers, acquisitions and name changes, Intelenet CEO Bhupender Singh reflects that his actual job title hasn’t changed in over 15 years, despite having been “under four different logos”. However, since working in management consulting at McKinsey where he first became involved in business process outsourcing, the industry has been disrupted to the point that, day to day, Singh’s job is almost unrecognizable. “It was called IT enabled services at the time,” he remembers. “I got involved in that sector at McKinsey and it was a case of preacher turned practitioner – I believed in it and decided to practice it.”

From India to the US… does geography matter?

From origins in India to a significant footprint in the US, Singh points out that Intelenet is well and truly globalized. “We have about 55,000 people operating out of 70 centers in eight countries. We’re a global company now, originally set up in India for about five to six years before expanding, but I would also say that now, to some extent, it’s irrelevant where you are,” Singh tells us from New York, where he has travelled for business meetings. “I spend a lot more time in the US and UK than India, as that’s where most of our business is. To some extent we’re indifferent geographically. For a US business they might like to get some activities done in Guatemala, India or the Philippines, for example, if they are back office in nature. We are happy to support from wherever the client is comfortable.”

In the US, the company has around 2,000 employees across three locations. “Our biggest center is in Fort Wayne, Indiana, where we recently added 400 new seats and are becoming one of the biggest employers in the region. We also have locations in Kentucky and North Dakota.”

A revolution in outsourcing

Having overseen all this expansion, Singh has a valuable insight into how the industry has developed. “I’ve been fortunate enough to see its evolution from being essentially about labor cost arbitrage to a significant disruptor through digital revolution. In the early 2000s, companies mainly outsourced labor to us because, as a small company, we could hire people at lower cost. With sustained geographic outsourcing, for example US to US, one could expect to hire at about 10% lower cost than some bigger companies. With cross-border outsourcing, say from the US to India, one could expect almost 50% labor cost arbitrage. The entire industry was about replacing one person with another, at lower cost.”

Now, Singh explains, there’s a lot more to it than that. “As we moved into the late 2000s, expectation grew beyond labor cost arbitrage and outsourcers could leverage value through incremental process changes, with lean or six sigma methodologies. Still, all clients expected from us was an incremental 2-3% year on year, to beat inflation… that was a fairly manageable expectation. It’s only been in the past few years we’ve experienced real disruption.

“This has been in the form of the digital revolution. Clients expect a step change, with minimal 25-30% improvement on the cost of structure in terms of business performance. This is not always possible in simple ways anymore. We have to apply significant amounts of technology, have a fairly deep understanding of the business we’re doing, and apply significant data analytics. So that’s been a big focus for us and other industry leaders over the past 10 years.”

Nowadays, Intelenet serves six different sectors for business, but three of these make up around 80% of its business: banking and financial services, travel and healthcare. In these sectors, Singh says “we are seeing a sizable drive for change and innovation. In the financial service sector, fintech means high street banks which may have approved mortgages within two weeks are now forced to compete against fintechs doing so within minutes. We have supported some of our clients in seamless contactless technology, at least for low value items, to help them compete with fintech offerings.”

In terms of the healthcare sector, Singh comments that is particularly significant in the US, which spends about 13-14% of its GDP in this area. “Over 50% of this goes toward non-clinical activities. We work on making the administrative process more efficient, in order to free this budget up for the clinical side, as opposed to more wasteful areas.”

Singh’s example of Intelenet’s work within the travel industry illustrates just how far business process outsourcing has come from simply reducing labor costs. “One of our customers is a low-cost carrier in Europe, and an EU ruling means refunds must be offered for flights delayed for certain periods of time and certain reasons, such as weather. On the days of these disruptions, our client was flooded with emails, chat sessions, and calls from passengers enquiring about their eligibility or negotiating refunds, so the total number of contacts coming to us would increase by 300-400%, which obviously one cannot staff for. This posed two risks for the client: poor customer experience, and possible fines from the EU. Our team designed and managed an automated robotic process for the client so passengers reaching out via any channel – email, chat, telephone – were redirected to a website where they filled in a simple form and we responded within six hours. The client made savings and improved customer experience.”

Keeping up with digital

These increasing demands are part and parcel of the digital revolution, the impact of which Singh reflects on: “As Charles Dickens described the industrial revolution, it was the best of times; it was the worst of times. Any kind of disruption is always a threat as well as an opportunity. If you can build the capabilities to disrupt, it’s an opportunity, but if you’re complacent, it’s a threat.”

How has Intelenet dealt with this revolution? “We aggressively adopted and invested in capabilities which we refer to as TAP: Technology Tools, Analytics and Process Consulting. The ultimate goal is to make sure we can go back to offline, and say that if an activity is being done by 100 people we think we can do this with 75 people by deploying TAP capabilities.

“In the short run, this actually implies that for one or two quarters we are cannibalizing our own business – but this is smarter than someone else doing it to us, as it enables us to do so in a planned manner and build stronger partnerships with customers who see us as a progressive partner, so within three or four quarters, this business comes back to us. In some cases clients find new lines of businesses they will use us for, such as new geographies or service lines, because we’re a progressive partner. As a result, we’ve seen a healthy growth rate of double digits over the past three years.”

“A bank talks about its balance sheet, a real estate company about its land bank – for a services company, our biggest asset is our people,” Singh explains. Intelenet puts a lot of emphasis on hiring and motivating staff, including allowing flexible working to retain talent. “Here in the US we have roughly 300 people who work from home – skilled, experienced professionals who want to work four to five hours a day outside an office environment. We have developed technology to provide virtual offices in the home, where we can monitor their activity.”

Hiring the right talent in the first place is paramount. “Our team of experts details the manpower specs needed for any new process,” Singh explains, adding that overqualification can be a key barrier. “We can’t hire an MD or engineer for an activity where you just need high school qualifications. The employee will get frustrated and leave within six months. You have to define the specs and use the right process, especially in the US where our application-to-hiring rate is around five to one and in India where it is seven to one.” As well as ensuring a rigorous recruitment process, Intelenet has found referral hiring to be beneficial. “We encourage our employees to recommend friends and family members, as they have the best understanding of our job requirements and company culture. Having like-minded people on board is a huge asset.”

Singh adds that the company uses similar analytics for internal talent management as it does for clients, with positive results. “We found employees to be most vulnerable during their first 60 days, as they try to find their place within a huge company. We launched a program called Extensive 60, which maps out the first 60 days for every new employee and ensures a touch point with someone who has been at the company for at least five years. This has made a significant improvement on our retention rate.”

So far, Singh has enjoyed his time at the forefront of changes in business process outsourcing, and looks to the future with excitement. “The last decade has been really dynamic. We’ve had to constantly evolve our business model, and it’s exciting to think about the next step. Will clients be happy with 30% improvement or ask for more? What’s the next disruption and how do we reinvent ourselves? That has kept us on our toes. Secondly, having started small in India and built a footprint in eight countries, it’s exciting to have so many people across geographies where despite cultural differences, at a process level and human level there are lots of similarities.”

Thinking about the future for the industry, Singh advises a bigger-picture outlook. “It’s difficult for a CEO to stand up and say ‘my top five clients declined 10% this quarter because I cannibalized my own business’, but it is necessary to forget about quarterly earnings and do the right thing for the long term to be a leader in this industry.”