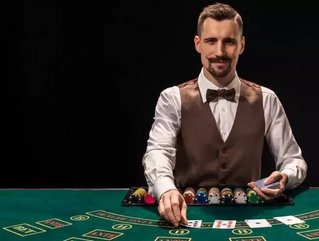 The US Defence Department has announced it has hired Libratus, the artificial intelligence which, in 2017, defeated four of the world’s top Texas Hold’em poker players, winning US$1.8mn. The Pentagon will reportedly use the computational game theory in order to improve its war games training programs. According to a report by Brinkwire, the Pentagon will pay a total of $10mn for the engagement of Libratus’ services.

Libratus was built over the course of more than 15mn core hours of computation on the Bridges supercomputer in the Pittsburgh Supercomputing Center. According to one of Libratus’ developers, Tuomas Sandholm, the AI is able to construct powerful betting strategies, including the ability to bluff. According to a report by Wired, “Libratus’ defeat of poker pros in 2017 was seen as a milestone in AI because the card game has complex features lacking in the board games most prominently mastered by computers.”

Following Libratus’ 2017 win against the world’s best poker players, Sandholm established Strategy Robot, a startup designed to adapt the AI’s game-playing technology for government use in early 2018. The $10mn Pentagon contract will see Strategy Robot working in support of the Defence Innovation Unit, a special department created in 2015 in order to facilitate the adoption of new technologies by the US military.

According to Wired’s report, “Libratus’ poker technique suggests Strategy Robot might deliver military personnel some surprising recommendations. Pro players who took on the bot found that it flipped unnervingly between tame and hyper-aggressive tactics, all the while relentlessly notching up wins as it calculated paths to victory.”