The science behind bee vectoring technology 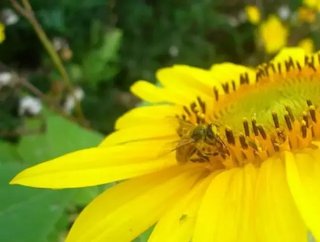 Michael Collinson, CEO of Bee Vectoring Technology, speaks to Business Review USA and Canada about the science behind the bee vectoring process and its impact on agriculture.

Can you provide a historical overview of the company?

The company was founded in 2012, after Dr. John Sutton and Todd Mason approached me for assistance in creating a specialist plastic tray for their newly developed organic pesticide powders. They contained a strain of clonostachys rosea, a perfectly natural fungus that is harmless to bees but attacks crop diseases and pests.

The company went public in 2015 to fund the necessary costs of registration, making the technology as visible as possible to the global food growing market and move the company into a commercial viability.

What kind of research had to be done to discover and isolate BVT-CR7?

Dr. Sutton has studied the fungus clonostachys rosea for over 25 years. Through process of elimination, 1,400 microbes were evaluated and the specific strain that is now used by BVT was deemed to be the ideal strain. These microbes have been tested for various qualities, such as reproducibility, crop defense, and storage ability – all traits required to ensure commercial viability. Laboratory testing in combination with field trials in a variety of crops over numerous years verified BVT CR 7 as a premier pioneer colonizer and endophyte.

What do these pesticides prevent and how are you able to ensure they do not harm the bees?

Technically, what BVT utilizes within its system is not a pesticide, as that infers it is killing something. Once delivered to the plant, clonostachys spatially occupies the space where other diseases or fungus would normally enter. It is a pioneer colonizer and outcompetes pathogens by blocking the entry through rapid colonization ahead of pathogen entry. Numerous tests have been conducted – including field tests and toxicology tests – on clonostachys with BVT-CR7 that showed no harmful effects on bees. Clonostachys is naturally occurring and has existed in the environment for millions of years. Bees therefore come into contact with it already in their natural environment. BVT does not genetically modify, synthesize any protein, or alter in any way the natural strain that has such a positive effect on plants.

How and when did you start testing this technology?

Sutton started testing and studying clonostachys in the early 80s, but wasn’t until the 90s that the idea of bee vectoring came about. The testing started slowly on commercial hives, to find the correct formula to adhere to bees’ legs while not causing them any disturbance. There were also many trials to find a perfect design for the tray that holds the powder. The bees with the powder would be put in greenhouses and tested for efficacy against disease control, and tested against other similar products for both vectoring and control.

How have you gone about commercializing this technology?

The first step was to find the proper ingredients for the powder, and the best way to produce vast quantities of clonostachys. Both are trade secrets. Plastic injection molds were made for the bee hives and tray parts and our commercial development and production facility was launched in August 2015. BVT identified five key, tier one crops as the main and principal target crops to focus our efforts on: these are strawberries, tomatoes, sunflowers, canola, and apples.

Two of these crops are grown extensively indoors and outdoors, and we chose these as high-value crops to demonstrate BVT’s disruptive potential. The two outdoor crops – canola and sunflowers – were chosen to demonstrate our system’s ability to control pathogens within large scale agricultural environments using bee vectoring. Demonstrations and trials with influential growers and universities were initiated during the period in which regulatory and registration processes were conducted.

How do you implement corporate responsibility?

BVT has developed a completely organic and safe technology that would allow a reduction in chemical pesticides. The trials and studies that are underway are for the purpose of registering our proprietary agent CR7 as soon as possible. BVT has fortunately assembled a world-class advisory board with notable experts from industry leading organizations, such as Syngenta and Bayer.

What ongoing continuous improvement strategies do you adhere to?

At the BVT facility, constant testing is done to improve production. This includes testing our production process and also testing samples from test sites. From this, BVT can learn what factors contribute to the success or failure of trials, which will ensure a perfect product delivered each time. We collect a significant amount of data from our field trials, and continue to refine our systems and contribute to developing protocols that can be passed on to the growers.

How do you handle logistics processes, especially when the supply chain involves live creatures?

BVT does not supply bees, but instead works with leading global bee producers who have over 20 years of experience in the logistical requirements associated with transportation. BVT supplies only the small trays that fit into the bee hives - Vectorpaks - and these contain BVT’s proprietary inoculates. Clonostachys is found all over the world, and most countries allow importation. For those who do not, special permits are written and created to allow BVT to send product. Generally, we do not need cold storage shipment, as CR7 is safe at room temperature for the shipping period. Cold chain supply is a possibility in countries with exceptionally hot climates.

How important is sustainability to the company?

BVTs mission is to dramatically reduce the amount of chemical pesticides that are applied to crops. The constant use of chemical products and pesticides on high-value crops, and overuse, is of great concern to environmentalists across the globe and growers alike. The more chemical pesticides are used, the more resistance is built up by pathogens and subsequently, the less effective that pesticide becomes. The BVT system, because of its natural mode of action and spatial occupation, reduces the chance substantially of resistance build-up. BVT believes that its system is a foundational program for crops and can be worked extremely effectively in an integrated pest management program (IPM) with chemicals as and when infestation levels require chemical intervention. The BVT system has the ability to dramatically reduce the amount of sprays and the quantity of chemicals put onto crops, and into the environment. We are also constantly looking into partner products which can be added to the Vectorpaks to control multiple pathogens in a single delivery by bees.

What defines BVT and is the most important aspect of the business?

The bloom period of any crop is a time when pathogens have a perfect entry portal to the plant. Spraying and other uses of insecticides and pesticides are environmentally and economically costly. What sets BVT aside from this current process is its ability to deliver through a natural process – the bees – allowing a consistent flow of beneficial microbes to crops on a daily basis throughout the bloom. The BVT system uses minimal amounts of actual product and in a highly targeted process. The natural endophytic properties of inoculant assists the plant in achieving a stronger vigor, thereby producing higher yield and enhancing its ability to defend itself against pathogens. BVT uses the natural method of pollination by bees to assist plants in higher yields and healthier food.

What is your company’s biggest achievement of the past year?

BVT went public on July 2015 and has received significant interest worldwide on its innovative and disruptive technology. Demonstrations in trials in the US produced excellent results with follow-on secondary demonstrations with growers currently in process. Other achievements include: