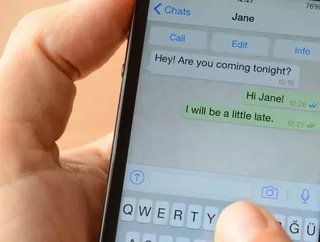 In April last year, WhatsApp began its end-to-end encryption of all messages sent between users. Similarly, to Apple, the encryption technology has become the subject of a heated, controversial and ongoing debate between tech giants and government authorities, where such information cannot be shared unless granted by the user.

These tensions are not new to WhatsApp, as other countries, such as Brazil, have also condemned the app for its security settings and subsequent refusal to hand over vital information regarding a criminal investigation in the country last year. The recent attack in London has only heightened these pressures, with Amber Rudd claiming it to be unacceptable for technology giants to not cooperate fully. A final message was sent by Khalid Masood through WhatsApp prior to the attack and could hold vital information into accomplices to the attack. The company is able to provide information regarding who was contacted, but the contents of these messages remain hidden to anyone else who wishes to access it, as end-to-end encryption scrambles messages, so they cannot be deciphered as they move through the server to the recipient.

Governments have long wanted technology companies to create a “backdoor”, which would enable them to access this information, but this has understandably not been well received. Last year, Tim Cook at Apple released a statement, stating that all personal information which users share could become compromised as a result of such a move, and that user information “needs to be protected from hackers and criminals who want to access it, steal it, and use it without knowledge or permission.” Through encryption, companies have “even put that data out of their own reach, because the contents are none of our business.”

British government will be meeting US technology companies this week to discuss this ongoing conflict, but many are doubtful as to whether a compromise can be made. Rudd commented yesterday that whilst she supports end-to-end encryption, "you can have a system where companies can build it and we can have access to it when it’s absolutely necessary." However, end-to-end-encryption and creating a backdoor is something in which cannot be gelled together. You either have complete protection, or you do not – there is no in between or compromise between the two elements.

Nonetheless, with over one billion users utilising WhatsApp, which was bought by Facebook for $19 billion in 2014, a solution will need to be found to prevent extremists and criminals from using encryption as a “place to hide” from authorities.