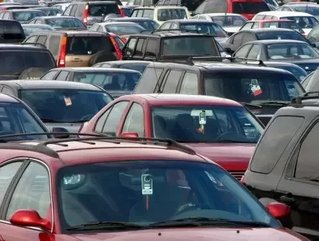 At an average of $472.50, Calgary car owners pay more than double the national average which rates at $235.76. Following just behind New York City and its exhorbitant parking prices, Calgary beat out Boston and San Francisco for its number two spot.

Parking prices have risen not only in Calgary for the past year, but other cities as well. Out of the 12 major Canadian cities that were surveyed by Colliers, parking prices have risen in city downtowns.  Examples of this are Kitchener-Waterloo where drivers pay $128.24 or Vancouver whose parking reaches $287.98 both increasing parking rates around eight to ten per cent.

“The limited supply of new parking spots added to the national pool coupled with a strong economy that weathered the global recession, continue to put upward pressure on parking rates nationally,” says Suzanne Bedford, Senior Vice President with Colliers International in Canada. “As business activity and consumer confidence continue to improve, expectations are that parking rates in Canada will increase at an even higher pace over the short- and mid-term.”