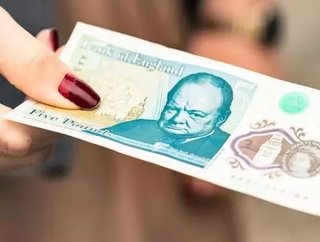 Innovia, the company that makes the UK’s £5 polymer bank notes, has been bought by Canadian company CCL.

CCL, which makes a wide range of labels and packaging, sees the acquisition as a ‘highly strategic opportunity’ according to a recent press release. The deal is worth C$1.13 billion (US$842 million) with CCL acquiring the British company from a consortium of UK-based private equity investors managed by The Smithfield Group LLP.

Geoffrey T. Martin, President and CEO of CCL, said: “This transaction is another transformative acquisition for CCL, propelling the company to world leadership in the disruptive, fast growing polymer banknote market while strengthening our depth in the materials science arena.”

Innovia has recently been in the spotlight thanks to the small amounts of tallow in its notes. This caused outrage among vegetarians, vegans and religious groups in the UK. 132,000 people signed a petition to remove the notes from circulation. Some Sikh and Hindu temples have already banned the notes.

The transaction between CCL and Innovia is subject to regulatory and change of control approvals. Closing is expected by the end of the first quarter of 2017.

Mr. Martin concluded: “CCL’s 2017 pro-forma annual sales are forecast to exceed $5.0 billion post close. The transaction will be financed from existing capacity in our revolving credit facility and a new US$ 450 million, two-year term loan provided by a syndicate of banks led by Bank of Montreal. At closing our expected pro-forma net debt to EBITDA leverage ratio isestimated at a conservative 2.5 times, with additional balance sheet liquidity of approximately $700 million.”

This is the latest deal in a string of takeovers of British companies by foreign firms, with many taking advantage of the sharp fall in sterling since Britain voted to leave the European Union.