Canadians to Expect Increased Salaries in 2013 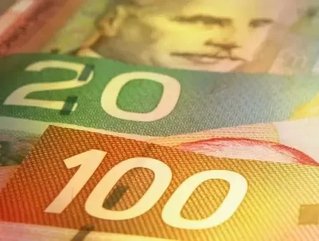 The Hay Group, a global management consulting firm, released the results of their Canadian employment survey revealing that Canadian employees can expect an average 2.9 per cent increase in salary in 2013.

Surveying more than 500 Canadian organizations in public and private sectors during June and July, results detailed planned salary adjustments for 2013.

Leading the pack in salary increases is the oil and gas sector and mining coming in at 3.9 per cent and 3.6 per cent respectively. This is because of the industry’s need to keep a hold of key skills and talent. Following the leading sectors were industries still forecasting higher than average increases such as Chemicals, in at 3.4 per cent, business/professional services at 3.2 per cent and utilities at 3.1 per cent.

As most of these leading industries headquarters are in Alberta, the province came in as leader predicting a 3.6 per cent increase. Other leaders were Newfoundland at 3.4 per cent and Saskatchewan at 3.2 per cent. Provinces expecting larger increases, 3.2 to 3.5 per cent, are those that are resource-rich while other areas of Canada expect increases of 2.6 – 2.7 per cent.

Canada as a whole is faring well in the employment prediction spectrum coming in above France and Japan although falling behind the US and UK (although only by 0.1 per cent). Leading countries globally include India, which predicts a 10 per cent increase, Russia (8.9 per cent), China (9.5 per cent) and Brazil (5.5 per cent).