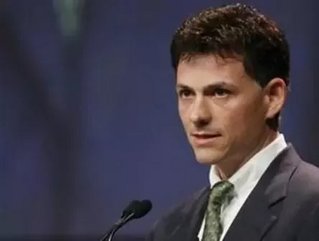 The New York Mets announced Thursday that it will negotiate with investor David Einhorn for a $200 million minority stake in the baseball team. The team has been hit financially and the president of hedge fund Greenlight Capital  has offered his monetary assistance. Any deal to sell the minority stake must be approved by the Major League Baseball and it would not give Einhorn any official say in how the franchise operates.

The Mets have settled on selling less than 49 percent of the team. Einhorn would not receive any portion of SNY, the Mets’ profitable cable network. He also says that investing in the team would be exciting beyond his wildest childhood dreams.

"David's investment immediately improves the franchise's financial position," said Mets Chief Executive Fred Wilpon, in a press release. "Equally important, David's intelligence, integrity and success in both business and civic affairs provides us with another perspective in evaluating what is best for this organization and our fans, and we welcome his input."

The New York Times writes that the team lost $51 million last season and expects to lose as much as $70 million this season with hundreds of millions of dollars in debt.

The Mets should have a definitive agreement by late June. Hopefully fans will start attending more games to make the deal even sweeter for Einhorn. The Mets have been looking for a buyer since late January.