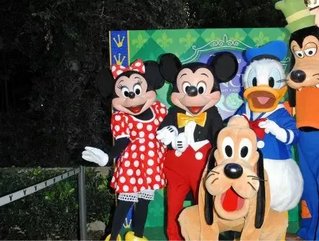 The Companies net income rose to $1.39 billion from $1.24 billion, from a year prior, Disney said yesterday in a statement. Revenue increased 7.3 percent to $11.6 billion in the period that ended September 28, beating the $11.4 billion average of estimates.

Investments in new attractions are prompting guests to spend more and there is increased occupancy at Disney’s U.S. resorts, allowing the company to increase ticket prices. Disney, based in Burbank, California, is working on “Star Wars” rides in Orlando, Florida, and California, Chairman and Chief Executive Officer Robert Iger told Bloomberg Television.

“There is a fair amount of development going on at Disney Imagineering right now to expand the ‘Star Wars’ presence in California and in Orlando, and eventually in other parks around the world,” Iger told Bloomberg.

Profits at the Disney’s parks and resorts division rose 15 percent to $571 million in the quarter, as revenue rose 8.5 percent.

At the consumer products unit, income surged to $347 million, with sales growing 14 percent.

Popular films such as “Planes” and “Monsters University” gave a much needed boost to merchandise sales, while helping the Disney studio weather a loss on “The Lone Ranger,” the Johnny Depp movie that flopped in theaters. The first “Star Wars” film under Disney’s ownership of Lucasfilm is scheduled for release on December 18, 2015, according to the company