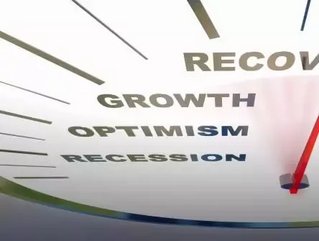 Gray skies will clear up, or so say a National Association of Business (NABE) survey of 48 leading economists. The survey by the NABE panel says it expects the economic recovery to remain on track and grow 3.1 percent in both 2010 and 2011.

"We see a healthy expansion under way, although it will take time to reduce economic slack and repair damaged balance sheets," said Lynn Reaser, President of NABE and Chief Economist at Point Loma Nazarene University.

As for what will spur the economy’s growth, NABE estimates that corporate earnings will grow 15 percent this year. The survey says that the recovery will continue to happen without a huge increase in jobs. It expects unemployment to dip to 9.6 by November of this year with an increase of 103,000 jobs per year.

The stock market will climb significantly in 2010 and 2011 with an increase of 23 percent over the next two years. Surveyors also said they expect the housing market to recover as home prices are expected to rise 1.6 percent in 2010, 2.6 percent in 2011.

"Businesses are in position to take up some of the slack because of rebounding profits. Our economists believe improvement in sales and profits will cause them to put out the hiring signs relatively soon," added Reaser.