EPA expands its Volkswagen investigation to Porsche and Audi models 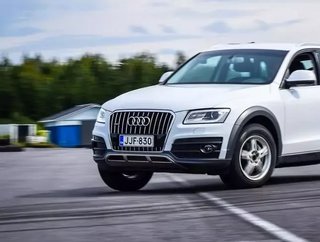 Volkswagen’s troubles are far from over, and now the U.S. Environmental Protection Agency (EPA) is expanding the scope of its investigation. This week the EPA announced that it is now looking into the possibility of parent company Volkswagen AG using devices to cheat air pollution tests with luxury diesel vehicles from the company’s Porsche and Audi brands.

RELATED CONTENT: Volkswagen to Add 800 New Jobs at US Plant

“The latest revelations raise the question, where does VW’s road of deceit end? The EPA expanding its investigation prompts questions regarding the prevalence of the emissions cheating and how it went undetected for so long,” said Upton in his statement. “Our bipartisan investigation continues - it’s time for Volkswagen to fully come clean.”

According to Reuters, Volkswagen AG has responded by asserting that it is fully cooperating and that it did not install emissions test-cheating software in its 3.0 liter V6 diesel cars. But with its deception flying under the radar for years, the EPA cannot so easily give Volkswagen the benefit of the doubt. If this latest assertion is true, it will come out in testing.