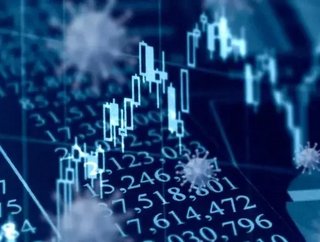 As tariffs and retaliation increase, will we all lose...

Perhaps the most overused term of the entire COVID-19 crisis is “unprecedented.” Is it unparalleled from a healthcare standpoint? Of course. How about environmental? Yes. But from a business perspective? Absolutely not. Not only have we been here before multiple times, but we will almost certainly be here again. Economic downturns have always been part of the cycle, and they all have the same unintended consequence: a rise in protectionism with trade.

Even with the current economic strife, as most global economies still remain struggling with prolonged shutdowns and business closures, new tariffs and retaliations are popping up from the US, most recently with a 10% tariff on Canadian aluminum and a potential increase on European alcohol, hurting an already struggling hospitality sector. Such moves of course prompt retaliatory tariffs, leading to a frustrating – and costly – cycle.

On the surface, it’s quite understandable. As the virus first began to shut down trade in Asia and Europe, it directly affected importers across the ocean. A whopping 94% of Fortune 1000 companies experienced disruption in their supplies. As more operations grinded to a halt, there was an outcry to halt overseas manufacturing and sourcing, particularly as COVID-19 cases increased in North America. Now, as recovery lags, most leaders are staunchly focused on rebuilding their own economies.

Protectionism is the worst way forward

While protectionism is expected, it could be one of the worst moves the global economy can make. During the past few months, many comparisons have been drawn to the Great Depression in terms of unemployment rates and market volatility. One forgotten factor of this era is the Smoot-Hawley Tariff Act, enacted nearly a century ago after the 1929 market crash. The US law increased tariffs, causing a domino effect which saw dozens of other countries retaliate, resulting in a catastrophic decline in global trade and a prolonged depression.

In more recent history, the 2008 Financial Crisis saw its own devastating crash. Though whispers of protectionist regulations were heard, cooler heads ultimately prevailed, and the global economy recovered with relative swiftness.

Unfortunately, we’re unlikely to see a repeat of this as today’s crisis is chiefly a human one. Unlike previous recessions, this disaster shuttered everyday life including schools, religious institutions, businesses and transit. It’s much more difficult to remain logical when the consequences are deeply personal.

The hidden majority of international trade

What many fail to realize is that the largest part of global trade is in fact not the movement of goods, materials and other physical pieces – it’s services. When considering imports and exports, it’s easy to picture massive shipping containers and cross-Atlantic carriers but most trade – we estimate 55%– is made up of services like licensing, banking, travel and other non-material transactions. Additionally, this is the fastest growing sector as it expanded at double the rate of merchandise over the past decade.

Much of this expansion is a product of increasing technology, which allows for the flow of data and information across borders with ease. Because such practices are relatively new in comparison to traditional trade, they are often ignored in place of goods.

Why international partnerships exist in the first place

For the public, there is often the perception that international ties within a business – for both goods and service trade – exist only to save money and that foreign materials, workers and products are significantly cheaper. Though this may have been a major driver in the past, it is largely untrue today. A combination of rising wages in emerging markets and lower employee benefits in the developed world has led to a smaller gap in labour fees.

Perhaps more important for North American businesses, these foreign partnerships allow for growth in ways that are not available locally including sourcing international talent and scaling operations to increase output. The workforce in China alone is well over 770 million, a number more than double the entire population of the US and 20 times greater than Canada.

It is simply not feasible to maintain both production levels and pricing without foreign participation, regardless of whether the trade is physical goods or services. Of course, there is financial savings, even if it’s less significant than in previous decades. If this were to disappear, the increased cost would almost undoubtedly fall on the consumer – a scenario that would make the current downturn much worse.

The right move for businesses

Businesses are likely not going to exit this crisis without change, nor should they. Adjustments need to be made with both sides of trade: goods and services. Instead of seeking to reduce global relationships, they should consider diversifying their partners and customers. Interestingly, the US-China trade war unintentionally gave some businesses a jump start, as some who relied solely on China struggled to manage with increased costs. Though no strategy will protect from another global shutdown, the ability to access multiple regions will prevent stoppage from any issues that might appear locally.

Since service trade is outpacing merchandise, governments should consider liberalizing their policies to better support growth. We estimate that such a multilateral move could increase the value of this trade by 11% by 2025, to the tune of an additional $890 billion.

The past financial crisis has shown that international partnerships are a vital part to reinvigorating the global economy. Once all local markets are fully open, businesses should aim to work with more overseas partners – not fewer.