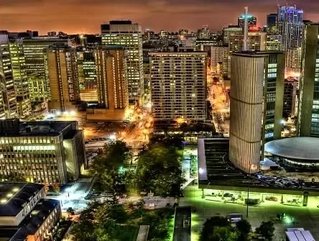 Every business is looking for ways to trim budgets and cut costs in today’s environment. While Execs scour expense reports line by line for wasteful spending and other inefficiencies, chances are they are overlooking the biggest overhead cost to operations: office space.

Once the most coveted of locations, Bay Street, and downtown Toronto in general, has seen a steady stream of businesses moving to the outskirts of the city for various factors. Increasingly, Execs are turning to Class B locations to save a buck.

BOMA groups office space into three classes in accordance with one of two bases: metropolitan and international. The classes are characterized based on a combination of factors including rent, building finishes, system standards and efficiency, building amenities, location/accessibility and market perception.

Using BOMA definitions, downtown Toronto is classified as Class A, which means the ‘most prestigious buildings competing for premier office users with rents above average for the area.’

Clearly, it makes sense for operational expense evaluations to start with the office space. However, does it make sense to pay above market value for location? If it doesn’t, you’ll want to keep readings as you might be surprised to learn that many employees actually prefer work outside the hustle and bustle of metro Toronto.

BOMA defines Class B as ‘buildings competing for a wide range of users with rents in the average range for the area.’ According to the Evton Capital Partners Commercial Real Estate Trends Survey, Class B office space outside Toronto’s downtown core is receiving increased attention from buyers and investors alike, and is poised for growth as escalating traffic congestion and longer commute times restrict easy access to the city centre.

Aside from paying rent that reflects market value, employee attitudes are driving the increased attention. Nearly half of all Torontonians (43%) said they would be likely to change their place of employment in order to lessen their commute time.

“As the city’s population continues to experience burgeoning growth, there is an increasing need for employers to consider where their employees live, and how they commute to their workplace,” said Bill Evans, co-founder of Evton Capital Partners.

“Proximity to public transit and short commute times trump the prestige of an address or the need to be in the heart of the city – a trend that will only increase in the future.”

Evans’ assumptions seem to bear out; at least that’s what the Survey discovered.

As the City of Toronto continues to struggle with traffic congestion and overall public transportation issues, more than three-quarters (76%) of Greater Toronto Area residents feel that it is likely companies will soon begin to set up offices away from the city’s core to make the workplace more accessible to employees. Ontarians identified Mississauga, Vaughan and Markham as the top three areas outside of Toronto’s city centre that will see a boom in commercial real estate in the next five years.

Other findings in the report include: 45% of Torontonians rank the ability to take public transportation to work as an important factor when determining their place of employment; and more than one third (35%) of respondents in the Greater Toronto Area spend half an hour or more commuting in one direction. Conversely, only 20% of Southwestern Ontarians commute for more than 30 minutes.

All indications are that employees want out of the city and paying less for office space is in style. Those factors combined the exodus from downtown Toronto should continue for the foreseeable future. But Execs looking to make the move should jump on the opportunity quickly before the Class B office becomes the new Class A.

The price per square foot for B-class office space in the Greater Toronto Area has almost doubled over the past five years, from approximately $125 in 2005 to approximately $210 in 2010.

“Popularity of B-class office buildings on the outskirts of the city’s core that are on the subway line – be it in Midtown, Uptown or Bloor West– has increased dramatically over the past few years; more affordable lease rates compared to their city-centre counterparts were extremely attractive incentives during the recession,” said Evans.