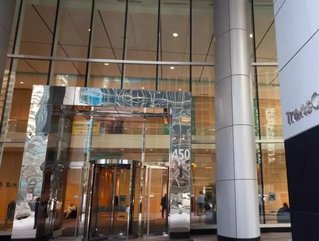 TransCanada has announced that it will not proceed with the construction its Energy East Pipeline.

The project proposed the building of a further 1,500km of pipeline, in addition to converting the existing 3000km pipeline, enabling it to carry oil instead of natural gas.

TransCanada will take a $1bn charge in its next quarterly results, however, had the project gone ahead it would have cost the company $16bn.

"We appreciate and are thankful for the support of labour, business and manufacturing organizations, industry, our customers, Irving Oil, various governments, and the approximately 200 municipalities who passed resolutions in favour of the projects," said Russ Girling, CEO of the Calgary-based energy company.

"Most of all, we thank Canadians across the country who contributed towards the development of these initiatives."

TransCanada ultimately struggled to get the project up and running for a number of reasons. Having first been proposed back in 2013 when oil prices were at $100 a barrel, the pipeline has since come into doubt largely due to both changing economics and increasing regulatory hurdles to overcome.

Just last month, the firm suspended making a final decision on going ahead with the pipeline due to a stricter review process being implemented by the National Energy Board on such projects.

Had it been completed, pipeline would have shipped 1.1mn barrels of oil per day from western Canada to facilities near key trading ports on the Atlantic Coast.