What are Small Businesses Thinking Today? 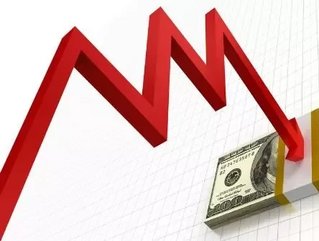 U.S. small businesses are optimistic about their business prospects, but are concerned about the economy and what the future holds. So reveals the second release of Sage Business Index, an international business outlook survey by The Sage Group,a leading provider of business management software and services to small and midsized businesses worldwide. According to the survey, American business owners are optimistic about the prospects for their businesses but are growing concerned about the country’s economy.

Sage Business Index found that, on a scale of 0-100, where 50 is neutral, values above 50 reflect optimism and those below 50 denote pessimism, business owners have a confidence index at 55 when asked about their business prospects in the next six months. Confidence in the U.S. economy, however, was at 41.57, a drop from 50.75 since the first Sage Business Index was conducted in February 2011.

Findings showed that confidence differences exist based on the size of the business and small businesses are the least confident about the future.

These results don’t mean that small businesses don’t trust the American business sphere. On the contrary, small businesses saw many favorable aspects in doing business in the U.S., particularly the business culture and entrepreneurial spirit of its people, which 59 percent of respondents favored the most, followed by having a skilled workforce to recruit from (46 percent) and access to a strong domestic market (41 percent).

However, those same businesses are concerned about the bureaucratic barriers they will face. Respondents cited government and bureaucracy as the biggest problem they have to surmount when doing business. Government’s handling of current economic challenges also ranked highly (63 percent), as did government bureaucracy and legislation (59 percent). Government’s attitude to business was ranked the least favorable aspect.

What’s more, when polled about government support, 69 percent of surveyed businesses responded that the U.S. government is not providing them with sufficient support. Businesses with fewer employees are more likely to feel this way.

The message small businesses are sending is clear. Although they have the will and potential to thrive in a market they hold in high esteem, the thick bureaucratic walls and lack of support from the government is draining their confidence in a bright future. The findings of this survey may present an opportunity for small businesses to be heard and for the government to pay attention, so we can work together and help each other move toward economic recovery.