What is the forecast for Canada's energy sector? 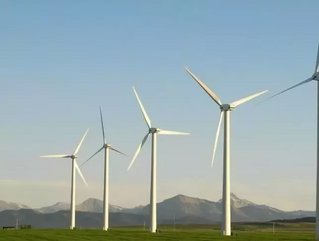 If you’re interested in learning about the future of Canada’s energy sector, then you’ve come to the right place! We’re helping to educate workers in the Toronto, showing them what they can expect for the upcoming year and how to possibly prepare for change.

Specifically, those who are currently employed by Canada’s energy sector should start preparing for another year of belt tightening in 2016—companies are forecasting a slower wage growth from reduced 2015 levels.

According to Mercer, energy firms anticipate wage gains of 2.9 per cent next year, which happens to be down from actual wage growth of 3.1 per cent in 2015. Unfortunately, wage gains this year have been down from predictions that were given via surveys conducted in June of last year. Then, wages were expected to grow by 3.7 per cent in 2015.

RELATED TOPIC: Are you protecting customer data or exposing it?

A principal player from Mercer, Allison Griffiths admitted that she doesn’t remember a time in which energy didn’t have the largest wage gains of any major industry sector in Canada, even in 2015. However, that trend is obviously going to change come 2016; high-tech companies are forecasting wage gains of 3 per cent, which are outstripping the energy industry’s 2.9 per cent wage growth.

In a statement, she said, “Energy is now part of the pack—they’re in the middle there. But it’s not all wage freezes. They’re not having an increase of zero. They are still projecting some growth.

One reason behind this less than desirable news is the fact that the number of oil and gas companies is freezing wages entirely. In fact, 37 per cent of energy firms reported salary freezes for at least some of their workers this past year.

“We’re trying to do more with less,” Griffiths added. “I hear from almost every client that they’re struggling with how to possibly administer a budget that’s growing by 2.2 per cent or even by 3.2 per cent. And it’s not getting any easier this year, unfortunately.”

By comparison, in the private sector, more and more companies have decided to get rid of traditional pensions plans and various other types of expensive benefits. More so, they’ve reduced job security assurances with new work arrangements, which could ultimately alter a worker’s perception of his or her company.

Do you have any thoughts regarding Canada’s energy sector? Let us know!

RELATED TOPIC: Tornadoes are tearing through Canada this summer—Can businesses protect themselves from damage?

[SOURCE: The Globe and Mail ]