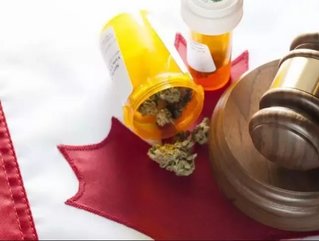 With the nationwide legalisation of marijuana in Canada looming ever closer, Couche-Tard has revealed that it is considering the sale of the product in some of its 2,000 stores.

“We view ourselves as serving the communities very well and we have a lot of skills at selling age-restricted products — being in most markets beer and in most markets tobacco,” Couche-Tard’s CEO Brian Hannasch said.

“So to the extent society needs us to provide that service, we think we’d be wanting to do it with the right regulations in place, with the right expectations.”

The Ontario government announced earlier in the month its plans to open 150 dedicated marijuana stores run by the province’s liquor control board.

However, whether or not private retailer’s like Couche-Tard will be able to weigh in on the sale of marijuana will come down the governments decision, who are yet to reveal any substantial information on private sector involvement.

In line with this, the retailer’s Executive Chairman Alain Bouchard also revealed that he believes crown corporations becoming involved in Cannabis sales is a “step backwards”.

"We have the ability to sell this product while meeting all government requirements (and) we can train our staff on verifying the identity of all consumers, regardless of their age," said Bouchard.

"I think it is a step backwards when we turn to crown corporations to sell a product that we have decided to legalize."

With cannabis set to remain illegal until the summer of 2018, the government still has a significant amount of time to decide if private sector firms will be allowed to participate in the marijuana market.