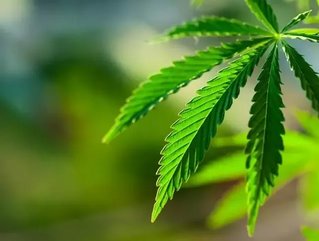 David Klein, the newly-appointed CEO of Canopy Growth Corp, has stated that he will be bringing a ‘customer-centric’ approach to the business.

Having decided that the company was lacking a connection with its consumers, Klein believes that a more intelligent approach to understanding the market will help offset some of the challenges currently being experienced by Canopy Growth and the wider industry.

“If you think about the cannabis space over the past five years,” Klein said in an article with BNN Bloomberg, “we haven’t built that connection with the consumer. Once we understand that, we’ll understand where to invest and where we should cut.”

Despite the legalisation and refined cultivation techniques of cannabis in Canada, the industry has, so far, struggled to reap the fruits of a potentially profitable industry (the market is estimated to be worth CA$5bn by 2021 - less than expected).

According to cannabis companies, the problem isn’t supply not meeting demand, but rather too much product and not enough outlets to distribute it from. Because of legislation changes and slow license approval for vendors, share prices have fallen and layoffs have resulted.

A lack of retail outlets is more keenly felt in the more populous provinces of Ontario and Quebec, whilst smaller companies complain of feeling pressure to upscale operations too quickly.

“The access to the consumer is really limited in Ontario,” said Terry Kulaga, founder of Weed Me in an article with Global News. “All I can say is I hope that they ramp up their efforts to create brick-and-mortar (B&M) stores. We’re definitely ready to service the market locally.”

Klein isn’t shy in calling out the flawed approach that Canopy Growth had towards the industry at the beginning. “It was probably naïve for all of us to assume [legalization] was going to go smoothly and it was going to roll out and we would see this beautiful revenue curve. That wasn’t going to happen,” he said.

Waiting for the B&M infrastructure to develop and paring down on harvesting and production will save money in the short-term, whilst paying attention to consumer trends will help steer the company towards more profitable long-term ventures.