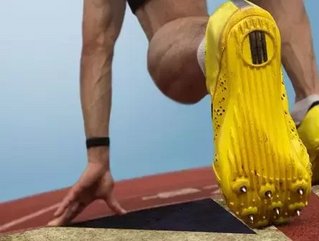 The London Olympics were the first-ever social media Olympics. Twitter, Facebook, YouTube and other social media platforms transformed the way spectators watch, share and communicate about the competition and athletes. As marketers prepare for the 2016 Olympics in Rio de Janeiro, they know the bar for related social media content is set even higher.

While Olympics organizers are preparing Brazil’s infrastructure for a flood of international visitors, here’s what brands who are preparing advertising campaigns for the 2016 Games need to know:

Social media marketers preparing their campaigns for the 2016 Olympics should look at the success of Santa Monica, Calif.-based digital advertising agency The ZiZo Group. The agency, specializing in the creation of social media content, was hired by a major U.S. sponsor as part of the largest social media video campaign in Olympic history, “Raising an Olympian,” a collection of inspiring profiles of the moms of international Olympic athletes. The agency traveled the globe for nearly a year to film 21 videos for the series. The clips were created in 10 different languages in addition to English and began airing on the Internet in April – a full three months before the opening ceremonies of the London Olympics.

For a global project of this scope, the creative team knew that accurate language translation and cultural localization of the content would be vital to viewer engagement. That’s why The ZiZo Group partnered with a language service provider during the entire production process, from script creation to post-production subtitles. The clips were shot in each interview subject’s native language, and then translated and/or subtitled. Source languages included French, German, Spanish, Italian, Polish, Russian, Ukrainian, Turkish and two Indian dialects. Viewers from all over the world have watched and shared the videos, even months after the Olympics ended.

Looking ahead: all eyes on Rio

Keep in mind that while Portuguese remains the primary language of Brazil, most consumers in this country are bilingual at the least. Other languages spoken there include Spanish, German, and several indigenous languages. Just appealing to the consumer base in Brazil will require a multilingual social media strategy; now widen that to the world stage, who will be eager to once again leverage the Internet to connect and share their Olympics experiences.

With four years to prepare, brands hoping to maximize their investment in a presence at the Rio Olympics have time to refine their strategies. To succeed, these strategies must include messages in multiple languages that are inclusive and culturally sensitive. With the first social media Olympics behind us, the pressure in 2016 will be greater than ever before to make sure the right messages are reaching the right people – in the language they prefer.

About the author: Liz Elting co-founded TransPerfectin 1992. Today, TransPerfect is the world’s largest privately held provider of language and business services, with more than $300 million in revenue.  The company operates in 70 countries with more than 2,000 employees worldwide.  Elting oversees the day-to-day operations of the company, headquartered in New York City. Elting has earned numerous awards for her outstanding entrepreneurship, including Working Woman's Entrepreneurial Excellence Award for Customer Service, the Ernst & Young Entrepreneur of the Year Award, and American Express and Entrepreneur’s Woman of the Year Award.