Top 10 Christmas commercials of all time 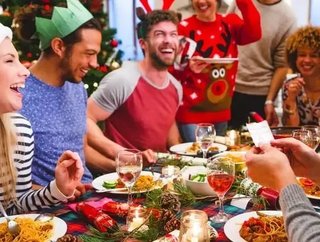 The biggest drinks company in the world has never had to try too hard to draw attention to itself. The company began in 1886, creating medicinal drinks made with coca leaves and kola nuts in an effort for the inventor, Josh Pemberton, to wean himself off morphine. Coca-Cola has since become beyond iconic, something in both the background and foreground of every element of life.

Its best-known and best-loved commercial, featuring a brightly-lit Coca Cola truck rolling through a town and past bright-eyed children, has become synonymous with the season. It debuted in 1995 and has been revised several times since, but kept the brain-worm of a song intact, leaving one feeling almost unbearably ebullient.

M&Ms have been available to Americans since 1941, but it wasn’t until 1954 that the instantly recognizable characters were introduced. Its ‘spokescandies’ have come to represent the company and ad campaigns have often linked into movie releases, keeping them relevant. The most famous mascots are the red M&M (milk chocolate, now voiced by Billy West) and the yellow (peanut variety now voiced by JK Simmons).

The well-known 1996 commercial features the two interrupting Santa delivering gifts and being shocked to fainting that the other mythical character exists. It acts as a subtle advert for the holiday-themed green and red M&Ms, and at just 15 seconds long it is a short and sweet reminder of Christmases past.

Norelco, now known as Philips or Philishave, was a personal grooming company starting in 1939 which mainly manufactured razors. Any popularity its electric shavers could gain was delayed by World War II, and didn’t reach prominence until 1951. In the 1960s, a Christmas commercial was released, which simply features a plasticine Santa riding the head of an electric razor across a snowy landscape. The ad then alters the company’s name slightly to spell ‘Noelco’, and states “even our name spells ‘merry Christmas’”. The Norelco brand has slowly been phased out, but the advert is still remembered fondly.

Campbell’s Soup Company, commonly known simply as Campbell’s, was founded in 1869 and its products – and branding – have gone largely unchanged ever since. The company was already a household name by the time Andy Warhol famously created a set of prints featuring Campbell’s soup cans in 1962, but the event turned the business into an American icon.

In 1993, Campbell’s released a Christmas advert which has stayed with people across the US; a classic advert with a simple concept, this commercial fills the viewer with the cosiest holiday nostalgia. It shows a snowman enduring bitter weather before waddling its way into an idyllic winter home, hanging up its scarf, and sitting at the kitchen table as a steaming bowl of soup is placed in front of it. As the snowman begins to eat, the snow melts away, revealing a young boy who has been warmed through by the soup.

Hershey’s Kisses – ‘We wish you a merry christmas’

Hershey Kisses were first introduced in 1907, characterized by their flat-bottomed teardrop shape and colourful foil wrappers, with novel strips of paper protruding from the tip to open them. There has been a large number of limited edition varieties available and several available year-round, and they remain the most recognisable Hershey’s product around.

The classic Hershey’s Kisses Christmas commercial has been running since 1989 and has remained unchanged ever since. It features Kisses arranged in a simple Christmas Tannenbaum formation, and ringing like hand-bells to tune of ‘We Wish You a Merry Christmas’. As one of the least sentimental but still effective Christmas commercials of all time, it is ageless.

Speaking of sentimentality, Folgers advertising is stuffed full of it, and its seasonal commercial is no exception. Created in 1850, the company set a course early on to become the largest-selling ground coffee brand in the US, and achieved that goal in the early 1990s. That status remains unchanged.

The most famous holiday commercial features a young man – Peter – returning to the family home for Christmas break in the early hours of the morning. He is welcomed by his young sister and they begin making coffee, waking their parents, who welcome Peter warmly. This pure and innocent ad is more positively remembered than the almost-notorious ‘brother and sister’ version, for reasons obvious to any who have seen it.

McDonald’s is undoubtedly the most famous fast food company in the world, having infiltrated nearly every corner of the globe since 1940. Its mascot, Ronald McDonald, has been in circulation since 1963, and the company has not wavered from his bold clown image. While other characters have been introduced in the past, Ronald has mostly been shown simply interacting with children on his adventures.

One such example the well-loved ice skating commercial, in which a group of children trek through the snowy woodland and find Ronald McDonald skating around a frozen lake. They join in, watched by 2D cartoon animals, and have fun with Ronald until he skates away. This was released in the 1980s, a time when McDonald’s was still marketing solely at children and before the health risks became such a concern.

Hallmark – ‘home for the holidays’

The biggest card manufacturer in the US began in 1910, and has never hidden its agenda of tugging heartstrings worldwide. One of its most famous commercials, released in the 1990s, is not dissimilar to the Folgers concept, showing a family visiting some older family members on a snowy day. The house is filled with holiday decorations, and the main character – a young boy – starts off exciting and hopeful that his brother might also visit, but by the time he gets up to sing a Christmas song for his relatives, his confidence has waned. However, the brother arrives at the house and begins to sing with him, and thus the circle of emotional family-orientated sweetness is complete. A much longer advert at 2.5 minutes long, it certainly makes the heart ache.

America’s foremost toy retailer, Toys “R” Us, cashed in on the post-war baby boom by forming a store aimed specifically at kids in 1948. Its official ‘spokesanimal’, Geoffrey the giraffe (formerly and formally known as Dr. G. Raffe) made his debut in 1957, and he and his family feature heavily in many Toys “R” Us commercials.

The 1981 Christmas advert features Geoffrey, wife, and child leaving their cosy home with a wood fire, driving through the snow in an open-top car (chilly, but necessary for those with long necks), and visiting Toys “R” Us to revel in the vast array of available products. A simple concept, but people very rarely need convincing to visit enormous chain toy stores.

The multinational tech giant’s products have saturated the world gradually since 1976, and show no signs of stopping. Its advertisements tend to be simple – because why complicate such clean, famed branding? – yet impressive. 2014’s holiday commercial, known as ‘the song’, cleverly illustrates the idea of giving your loved ones something thoughtful rather than costly, whilst advertising both the MacBook and iPad.

The commercial shows a young woman discovering a vinyl recording of an elderly relative singing a song to her husband, to which she adds with her own voice and guitar playing, creating a duet with the aid of her laptop. On Christmas morning, the older woman discovers an iPad awaiting her and plays the song, reacting with absolute pleasure. With a touching theme and no dialogue, the commercial is sure to be a future classic.