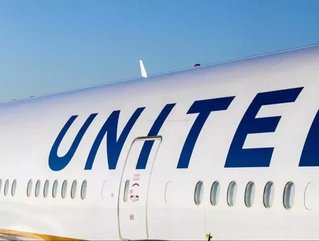 Leading Chicago-based airliner United Airlines has announced that it will be adding Boeing’s new 737 MAX 9 aircraft to its domestic flight schedule.

The announcement from United comes just three days after Boeing revealed that the aircraft had been certified by the US Federal Aviation Administration (FAA) for commercial service following a successful flight test program that began back in March 2017.

“Our teams built superior capabilities into the MAX 9 and proved them all the way through flight test,” said Keith Leverkuhn, Vice President and General Manager of the 737 MAX program, Boeing Commercial Airplanes. “We're looking forward to bringing this airplane to market for our valued customers.”

The aircraft has a 220-passenger capacity, whilst also utilising Boeing’s advance technology that enables greater fuel efficiency and a quieter ride during flight – a key reason for United’s interest in the MAX 9.

“The addition of the MAX 9 furthers our efforts to become a more efficient and productive airline,” said United's Chief Financial Officer Andrew Levy. “It has better fuel efficiency, lower maintenance costs and does all of this while maximizing customer comfort. This year, United will receive 10 new MAX 9 aircraft from Boeing and will continue to add service from its hubs to cities throughout the United States.”

United expects to begin operating the aircraft on 7 June this year between Houston’s George Bush Intercontinental airport and five other cities.