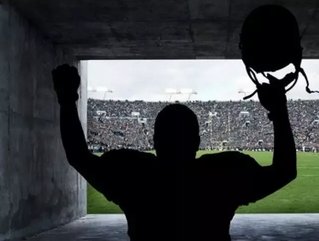 With Super Bowl XLIX just two days away, companies are fighting to make sure their commercial is talked about for the rest of 2015—and the result is a win for consumers. Over the years, Super Bowl commercials have become almost as popular as the game itself (almost), and the entertaining, touching, funny, heartwarming and sexy ads get better every year.

This year, NBC has managed to sell all 70 ad slots, which are just 30 seconds each, for around $4.5 million per ad. According to a report by Marketplace.org, the first Super Bowl ads cost around $300,000, which when adjusted by inflation is around $37,500.

With prices like that, it is easy to see why more and more advertisers release their commercials before the big game—that 30-second timeslot just doesn’t provide enough bang for the (millions of) bucks. So far, BMW, Budweiser, Bud Light, Carl’s Jr., Dove, Kia, Lexus, Mercedes-Benz, Mophie, Snickers, Toyota, T-Mobile, Victoria’s Secret, WeatherTech and Wix have all released regular (or even extended!) versions of the anticipated ads.

Here are a few of our favorites, in no particular order:

Victoria’s Secret may have its own spot during Super Bowl XLIX but we bet fans will rewind this one, which features VS model Charlotte McKinney, over and over and over and….. Just don’t break your DVR, boys (or girls).

Just like last year, the marketing geniuses at Budweiser put a puppy in a commercial and we swooned. Released just two days ago on YouTube.com, this commercial has been viewed nearly 12 million times.

No puppies or models but this ad does have eye-catching animation, a cute story and a really sexy car.

Newcomer Mophie scared us into laughing at ourselves with an apocalyptic response to an uncharged cell phone.

Bud Light: Up For Whatever “Real Life PacMan”

Another in the collection of Up For Whatever commercials, this one features a life-sized PacMan game. Those ghosts are a lot scarier than we remember.

Another newbie to the Super Bowl, advertisers at Wix use humor and well-known athletes to capture our attention—and it worked.