10 Places to See Before They Disappear (As We Know Them) 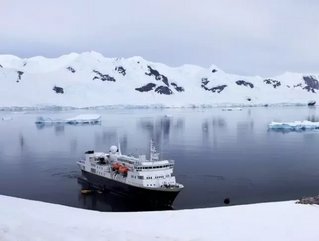 Have you ever driven around your town assuming you’ll see the same old landscapes until, suddenly, there is an apartment complex where a meadow used to be? You take a double-look, you check out the surroundings to make sure you are where you think you are but the complex is still there. In the blink of an eye, it’s gone up, burying the meadow underneath it. This local phenomenon is actually global. There are hundreds of places around the world worth seeing before they are forever changed by climate change and globalization. The following are only ten, as listed by CNN.

Gozo is only a 20-minute ferry ride from Malta and has a population of 37,000 people.

It first set off a buzz in the travel industry when Angelina Jolie and Brad Pitt set up camp to film the movie “By the Sea.” When the movie is released in late 2015, the island will certainly claim a place in the travelers’ imaginations.

Gozo is a Roman Catholic country. There are many beautiful churches to see including one which “has the world's third highest unsupported dome.”

It's a great destination for hikers, cyclists and divers..

As you surely know, the White House recently ease travel restrictions to Cuba.

Even before the policy change, many Americans tried, and succeeded, in traveling to Cuba. Now with restrictions eased, and more changes coming, you can expect fully-loaded planes of curious tourists to begin flying out of Miami and other parts of the country.

There is lots to see on the island, including “vintage cars, colonial palaces and beautiful wall murals [that] are still part of the scenery.”

Antarctica is the most urgent place you need to visit because it’s in the middle of a literal meltdown thanks to climate change.

The temperature in Antarctica has increase 3 degrees Celsius. That is 5 times the average rate of global warming for the rest of the world.

Quoted on CNN, Andrew White, president of Quark Expeditions says, "Antarctica is shedding 160 billion tons of ice annually and that figure is rising."

The environmental changes have led to a decline in Antarctic krill and many species of penguin are dying off.

In recent years, travel to the Nordic countries has increased 100 percent.

Some say that the popularity of the Nordic Noir genre, exemplified in shows like “The Killing” and “Fortitude,” is a possible cause for the increase.

According to CNN, “The town is also home to the second largest allied forces base in Iceland and today, the Icelandic Wartime Museum remains Reydarfjordur's most popular attraction.

The upcoming Bond film Spectre will be the major force to change travel patterns to Solden. At least one action sequence is set to take place atop the lCE-Q building which is on top of the Gaislachkogel mountain peak.

Spectre will be released in November 2015, which leaves over six months to visit Solden before it becomes a Hollywood still.

Greece actually has more than 6,000 islands. Not all of them are equipped to receive visitors, of course, but many of them are. For now, islands like Crete, Skyros and Pelion are very inaccessible. Local airline Hellenic Seaplanes, however, has announced that they will begin providing travel to 100 more islands. By May 2015, access to the more remote islands will improve and will continue to until the end of the year.

The Victoria falls are twice as high as the Niagara falls. Twice.

This site will lose a lot of its enigmatic appeal once Victoria Falls International Airport opens in September of this year. The governments of both countries have asked their tourism boards to launch a major publicity campaign once the airport is in full service.

St. Vincent and the Grenadines, Caribbean

Later this year, Argyle International Airport will open on the islands. As a result, travelers will be able to fly directly to the destination from various parts of the world.

Currently, it’s beauty has remained mostly intact because traveling there is no walk in the park. To get there first you need to fly to Barbados. Then you take a second flight to the islands themselves.

Presently, if you want to see St. Helena, the first thing you need is plenty of spare time. To get there, first you fly to South Africa. Once you’re in Cape Town, you get on a ship for a five-day trip to the island.

In a little under a year, though, the island’s first airport will open and it will receive weekly flights from Johannesburg.

St. Helena, the world’s most inaccessible, inhabited island is a hot spot for birdwatchers. It’s also where Napoleon was exiled to from 1815 until his death in 1821.

The government has recently green-lighted construction around the Nicaragua Canal. This is a mega project that is expected to dramatically change the nation’s landscape. It will be longer than the Panama Canal and will connect the Atlantic and Pacific Oceans.

Nicaragua had already experienced an upsurge in visitors after major construction renovations began. Now the volume of visitors will increase. One of the must-see sites are the Miguelito wetlands, which the canal will ram through.