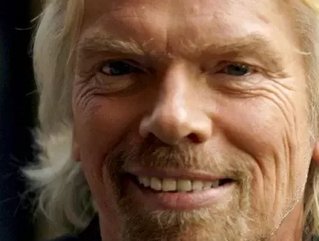 You've had some ups and some downs since starting your small business, and when the going is particularly tough, you wish someone would just step in to give you some advice. It would be nice, too, if this mentor were wildly successful -- someone like Elon Musk, Brad Smith or Richard Branson. Those guys know how to do more than just run a business. They know the secrets to drive it to success. Not satisfied with "millionaire" status, these extraordinary businessmen claim standing in the billionaire brotherhood and are listed in Forbes 400 Richest People in America.

Running a billion-dollar company tends to keep a guy's plate full, so Musk, Smith and Branson don't have the time to take on protégés one-on-one. But they do like to give back, and don't mind sharing what they've learned about starting and running a business, and seeing it through to success.

Smith has been the CEO and president of Intuit since 2008, having dedicated his work to improving the financial lives of Intuit's customers. Before taking the helm of the company, Smith led the small business division and served around 7 million small businesses with Quickbooks, Quicken, Intuit accounting software and other financial tools.

Smith took his small-business savvy to head the company and lead it through a tough economy, keep employees happy while serving large and small companies with equal care. In a LinkedIn article, Smith wrote about the best business advice he ever received, which was from his father at his college graduation.

Smith wrote that when choosing the right entrepreneurial path, there are no make or break decisions. It's all about trial and error. He gives four guideposts to live by when faced with any business decision:

Imagine being able to tap the mind of the man who's designed rockets and cutting edge electric cars. You'd think with such talent and genius, life would be a bed of roses for someone like Elon Musk, but you'd be wrong. Not that being CEO for Tesla Motors is a hardship, but Musk points to his early days with SpaceX, the spacecraft company he founded and made a success before moving on to the automobile industry. Elon Musk reports that the first three rocket launches failed -- that certainly puts any business's day to day difficulties into perspective. Musk's advice to entrepreneurs, as was captured in a recent Business Insider interview, is to expect tough times in the first few years and work through them. Focus your resources on one or two areas and don't spread yourself too thin. Musk also stresses the importance of building a supportive team of people who have an interest in your business and the ability to help you meet your goals.

Richard Branson is one of the most inspirational big shots on the planet -- soon to be in the universe. Already packing his bags to head off into space, Branson has led many businesses to success in the music, finance, telecommunications and now the space travel industries. The advice he gives entrepreneurs on Venture Beat is "Screw it -- just do it!" Branson likes taking on a challenge, and says if you've got a fantastic concept that will enhance people's lives, run with it. He doesn't deny that his company, Virgin, has seen its lean times, but he encourages business owners to fight through the hard times and come out on the other side, even if it means going up against the "big" guys. Branson says that focusing on the quality of the product or services you provide and staffing your team with quality people is the formula for success.