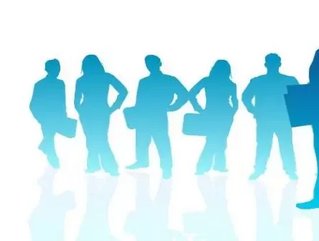 The world of work is in a state of transition. The value of work has become so utilitarian – making money to pay for bills – that we have taken all meaning out of it.

It is now facing a new direction. The financial crises beginning in 2006 stimulated changes across the board for work and life. What has been brought to a clear forefront is the nature of economics, work and business as usual. Corporate scandals, corruption, greed, housing crises, bailouts and bonuses have all become acronyms, household words and/or fodder for late night talk show hosts to most working adults. Employees – people – have become disposable. Why have we let this happen? And, more importantly, why do we let this continue to happen?

It all has to do with the way we view the world, our place in it, and the values that we share with each other. Most organizations have operated under a mechanistic mindset for the better part of the century, chugging and churning away towards an idealized notion of progress. Contemporary Human Resource circles claim to focus on both the human and the resource, however these claims are just not true. For too long a time, they have focused on the resource side, using the same mechanistic language and processes to refer to their employees. They view their employees as “capital to be invested in” or “resources to be utilized” (aka depleted). This mechanistic/industrial model has forced us to abandon fundamental values about how we treat other humans.

Losing sight of these values is destroying our economy and culture. Job rates are lower than ever and job satisfaction is down too, not just as the result of a failing economy. Population pressures, pollution, and stress are now normal facets of our existence. The American population actually reached its peak happiness in the 1950s and has steadily declined since. An ultimate low point has been undoubtedly reached with the current recession.

What we need is a new paradigm to the way we view work – one that we are all calling for in our hearts and souls. We have placed enough attention on the resources side and need to bring back the human in HR. This will bring about a more engaged workforce, further stimulating the economy and our quality of life.

To understand where this new paradigm is going, we must understand where it came from. Since the early 1900s, the industrial model has dominated the American workplace. At its onset, the model presented companies with mechanized improvements offering increased efficiency and productive capacity. Machines and production lines replaced hands-on craftsmanship for goods and services. This revolution presented the American worker with more opportunities to raise their socio-economic status and the allure of the American Dream.

Believe it or not, the industrial model never left and still prominently exists as the dominant paradigm of work and life in the West. In the late 1900s and early 2000s, another transition occurred – the Technological Revolution or Information Age. Workers again fled one site for another, leaving the factory for the office cubicle where computers replaced hand tools. The same set of industrial rules and culture applied. Workers reported for duty, clocking in 9-5 under the watchful eye of their superiors. They processed paper work, wrote program codes, or developed marketing schemes. They received employee identification numbers along with sets of guidelines and instruction manuals. Their role within organizations existed as component parts of a system.

Looking back, in the grand scheme of things (meaning: the entire scope of human existence and social organizational models), the industrial system is relatively young and short-lived. When millions of workers lost their jobs, retirement plans, and homes, it was clear that the model had some pitfalls. So, where does this model fall short?

The problem with the industrial model is two-fold:
1)    It relies on the perception that endless growth and progress – dependent upon inexhaustible resources – is needed to secure the future of human society
2)    Component parts – whether human or machine – must be maintained

We know now that planetary resources are, in fact, finite and limited. You cannot have infinite growth on a finite planet. We also know that human beings are not mechanized parts of a system and seek further goals in life. Economics is a non-meaningful relationship created by people that seek meaning. These facts prove both points above to be incompatible with any future development and decry a coming (or the current) change.

This system has recently offered indicators of a massive change, beginning with the financial crises of 2006. Since then, we have seen expanding statistics of joblessness and job dissatisfaction. Health care costs associated with these lifestyles continued to boom and American culture suffers. Can we really accept that this system is working?

The Effects of Change

So, what happens when a change befalls the existing status quo? Some fail and others succeed, some suffer and others prosper, some cease and others thrive. The “Great Transition” is upon us, coming to its greatest fruition perhaps this year.

Currently, the companies that are thriving (think Google, etc.) not only have a tight business plan and immensely valuable services, but are also returning back to an older model of workforce engagement. They are bringing back the human in Human Resources, recognizing that their workers have needs, feelings, and goals in life. Will other companies continue to follow these models? What happens if they don’t? What does this new model of workforce engagement even look like?

Previous times were more polarized, but we believe in the concept of “both/and.” The new paradigm acknowledges the accomplishments of the industrial and tech revolutions and their mechanistic views. It is both a testament to those models and a re-acknowledgement of human needs and values.

For example, employee engagement surveys have traditionally been very impersonal and scientific. Psychology and statistics now deem how much one is “engaged” by their work through a series of numbers and supposed inferences. Standing alone, these surveys fall short of actually cultivating engagement. We believe they have immense value, but should never be used in lieu of human-to-human accountability. As a social species, we thrive best through direct human interaction, but in large and complex organizations, these surveys do provide insights that may benefit the workforce as a whole.

What this new model is straying away from is the treatment of employees as components of a system. They are no longer just numbers or working parts. They are valuable members of an organization or a community working towards a common goal. They form relationships with each other and develop true senses of teamwork and collaboration.

This new paradigm is a boomerang thrown into the wind because it challenges the status quo and the establishment. Things are changing inevitably, so it up to all of us – including our leadership – to adapt so that we may thrive.

About the Author: Jim Finkelstein is a student and leader of people in business. With 34+ years of consulting and corporate experience, he has specialized in business and people strategy, motivation and reward, and organizational assessment, development, communications and transformation. Finkelstein has worked for diverse industries, from health care to high tech. He has built programs and provided services to Boards of Directors, senior executives, management and employees.

Matt Finkelstein is a Consultant with FutureSense, Inc. and a Farm Manager at the Four Elements Farm in San Luis Obispo County, California.

Fuse: Making Sense of the New Cogenerational Workplace™ is available for purchase on amazon.com. It will also be available in eBook format.