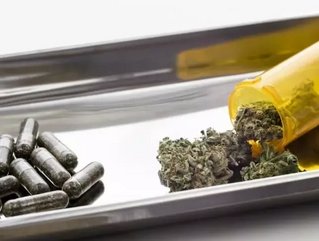 Provider of cannabis products and services, Valens GroWorks, has signed a letter of intent with Australian medicinal cannabis firm Medigrowth
Providing an initial three-year agreement term, the letter details plans for Valens to supply cannabis flower and oil products to Medigrowth for sale in the Australian market, as well as research and development initiatives.
Valens will also provide its expertise to Medigrowth in support of research collaborations with Australian universities and governments, the press release said.
“We are positioning Medigrowth for long term involvement in the industry as global leaders, and as such we are excited to secure a partnership with Valens”, said Medigrowth’s founder Adam Guskich.
Valens GroWorks’ CEO, Tyler Robson, said the move means the company is “strategically aligning itself with a company that shares in our commitment to innovation and premium product offerings to enhance patient care”.
The press release did not provide any financial details of the agreement.
See more:
Canada’s recreational cannabis market is set to boom, with nationwide legalization due on 17 October 2018.
Australia began legalizing medicinal cannabis across its states in 2017, with Victoria leading the way and other states quickly following suit. Recreational cannabis use remains illegal across all Australian territories.

The drug has a wide range of medicinal uses including management of pain, slowing of arthritic joint degeneration, reduction of nausea and vomiting symptoms in cancer patients, slowing of the degeneration of neural pathways caused by Alzheimer’s Disease, and more besides.
Cannabisvalens groworksmedigrowthlegalization
Share
Share