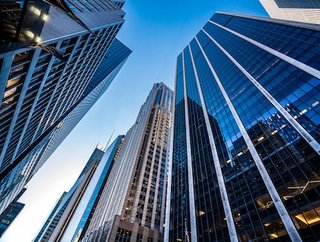 In a bid to cut costs amid soaring inflation and likely recession, CFOs are likely to cut budgets on real estate, and redeploy into IT and sales functions

Since the onset of the pandemic, companies have been reconsidering their real estate footprint – with many contemplating a reduction in square footage as hybrid working practices take hold.

According to CBRE’s Spring 2022 U.S Office Occupier Sentiment survey, more than half (52%) of organisations say they plan to reduce office space over the next three years.

That percentage is expected to increase, as the realities of economic recovery post-pandemic set in.

While companies were already learning more on cost savings to fight higher inflation, the threat of a recession is prompting many firms to look harder at their finances – and real estate is the obvious target.

And new Gartner research backs this up. A survey of more than 200 CFOs and finance executives reveals real estate/facilities management is the function most likely to face budget cuts in the next 12 months.

“Given that 72% of CFOs want to trim their organisation’s real estate footprint by the end of 2022 it’s to be expected that facilities management is looking at budget reductions,” says Marko Horvat, VP, Research Strategy in the Gartner Finance practice. “This makes sense for many organisations where a large share of employees is working from home at least part of the time.

Smart reductions in real estate set to save companies millions

The plan to reduce some of its 35 U.S. and 107 international office locations is expected to save the global risk assessment giant US$40m to US$60m annually, CEO Robert Fauber said during Moody’s Q2 2022 Earnings conference call. These savings would then be redeployed to support sales and employee retention.

As part of its cost-cutting efforts, San-Francisco-based Wells Fargo recently announced it was reducing its real estate portfolio by around 7%. This includes the sell-off of a 13-story 332,670-sqft building the bank owns and occupies in the city.

“As part of our multiyear effort to build a stronger, more efficient Wells Fargo, we continually assess our real estate portfolio to ensure we are best meeting the needs of employees and customers, responding to consumer and economic trends, and managing our costs responsibly,” a spokesperson said.

And St Louis-based Centene Corporation has said it is planning to reduce its real estate footprint by a staggering 65% – part of a transition to a “more modern, flexible work environment” that the healthcare company says will save them US$180m to US$200m annually.

So, if not real estate, where are companies likely to spend budgets over the next 12 months?

Unsurprisingly, Gartner research reveals IT as the most popular function for increased spending with 40% of firms planning increases in the next 12 months. This follows a previous survey in May when 46% of CFOs said they planned to scale up enterprise digital initiatives in the next two years.

While finance executives see digital technology as a smart long-term bet, they also recognise the short-term benefits, and are making it a “critical part of their plan to tackle the effects of rising inflation on corporate margins”, Horvat says.

“Nearly a quarter of CFOs think greater automation will help to combat inflation, and this aligns with CEOs who are even more bullish on tech with 85% planning to increase spend over last year.”

Despite the economic difficulties, companies continue to drive growth with investment in sales and R&D healthy. Sales and R&D are the second and third most-likely functions to see increased spending next year, with 31% and 29% of finance executives, respectively, planning increases.