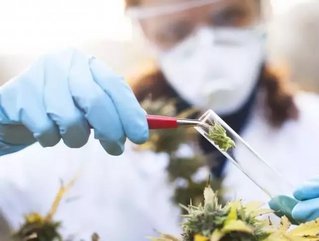 Connecticut-headquartered holding company, Compass Diversified Holdings, announced this week that it plans to move forward with the sale of its majority holdings in subsidiary company Manitoba Harvest, a pioneer and global leader in branded, hemp-based foods. Canadian cannabis research, cultivation, production and distribution company Tilray will reportedly acquire Manitoba Harvest for a total consideration of US$317mn.

Elias Sabo, CEO of Compass Diversified Holdings, said in a press release: “We acquired a majority interest in Manitoba Harvest over three years ago and are proud to have partnered with the company to raise awareness of Hemp as a super food, growing the customer base across North America, more than doubling household penetration in the U.S., and driving category expansion. I want to thank Bill Chiasson and the company's exceptional management team and wish them continued success. I am thrilled that they will be partnering with a recognized global category leader in Tilray, where they will have an unparalleled opportunity in a rapidly expanding market.”

Bill Chiasson, CEO of Manitoba Harvest, added, “With CODI’s support, guidance, and patient investment style, Manitoba Harvest has solidified its position as the world’s largest vertically integrated hemp food brand. CODI’s ability and willingness to make substantial investments into consumer marketing for our leading brands has resulted in a greatly expanded consumer appreciation of hemp-based food products, accelerating sales growth, and a ubiquitous market presence in highly desirable retail locations. I would like to thank CODI for all that they have done to bring Manitoba Harvest to the transformative market opportunity that we are realizing today.”

Compass Diversified Holdings expects to realize a sizable gain on the sale, intending to use the net proceeds to repay outstanding debt under the Company's revolving credit facility. The deal, which is still awaiting regulatory approval, is expected to close within the next 30 days.

Sabo concluded the press release by saying: “Manitoba Harvest highlights CODI’s proven model of identifying and acquiring niche leading businesses, utilizing our significant liquidity and permanent capital to execute value-added initiatives to strengthen our subsidiaries, and opportunistically divesting our businesses to enhance value creation for our shareholders. With this transaction, we will significantly increase our total realized gains and we intend to deploy the net proceeds towards repaying our revolving credit facility.”