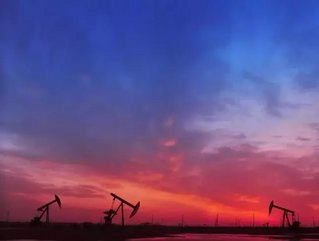 Drone attacks in Saudi Arabia took 5% of the global markets oil production off the market over the weekend.

Aramco’s oil processing facility in Buqayq, Saudi Arabia was hit by a drone strike on 14 September causing widespread fires across the site. This led to a spike in the volatility in oil prices, causing worry when markets opened the following Monday. The reliance of global economies on the price of oil means fluctuations like this can have consequences for the industry and the public in general. Although Canada’s production cannot match Saudi Arabia’s considerable resources it can provide something else. Stability.

“It is the biggest shock to the oil markets since (Hurricane) Katrina. And, like Katrina, it will likely haunt us for months, at least weeks,” Tom Kloza, chief oil analyst for the Oil Price Information Service, said in a report with CNN.

Saudi Aramco is a state-owned oil producer based in Saudi Arabia, which is the second largest producer of oil behind the United States. Armaco operated the site which was struck by a drone strike which Houthi rebels have claimed responsibility for.

This could have knock on effects for Canadian oil with the attack single handedly taking 5% of global oil production offline, which is half of Saudi Arabia’s 5.7mn barrels exported per day. The oil industry prepares for eventualities such as this and Saudi Arabia is no different, having already stated it has enough reserves to meet global demand for the time being.

Allan Fogwill, president and CEO of the Canadian Energy Research Institute in Calgary said: “It creates a short-term supply deficit.”

The price of oil will likely regain stability, and if needs be President Trump has stated a willingness to use a portion of the 675mn barrels of oil stashed in Texas for the express purpose of stabilising oil prices should this kind of situation arise.

This most recent development has reignited the debate about buying Albertan oil. It’s safer, more secure and ethically produced across Alberta’s production of 2.8mn per day during 2017. The attack is a reminder of the geopolitical risks involved with Middle Eastern oil companies. Fogwill reminded CNN, “when you get a period of calm, people tend to forget that.”

The debate for further development of oil pipelines running across Canada has only gained more fuel as Michael Tran, RBC Capital Markets analyst told the Financial Post: “The unprecedented outage over the weekend would have been a boon for Canadian crude if the TMX pipeline was operational, given the close proximity to Asia,” Tran wrote. “The ability to move Canadian crude to fill a supply gap does not only bring financial benefits for Canada, but also serves the world from an energy security perspective.”