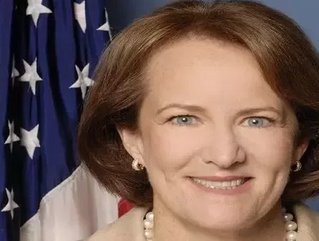 Yesterday, the White House announced the departure of Administrator of the Small Business Administration Karen Mills from her post.

Mills is the daughter of Tootsie Roll Chairman and CEO Melvin Gordon, and has served in the position since 2009. The position of administrator was made a cabinet position during Mills’ tenure. The SBA is staffed by 3,000 employees, whom Mills will continue to oversee until her replacement is named.

“Serving as SBA Administrator, and seeing this Agency rise to meet the economic challenges we faced when I arrived four years ago, has been both a privilege and an honor,” Mills said in a note sent to SBA staff and later released to the public.

Mills has received accolades from both the President and other business and financial groups for the more than $106 billion lent to more than 193,000 small businesses and entrepreneurs during the past four years. Among accomplishments she listed in her note to staffers, Mills noted the launch of Startup America, the reauthorization of the Small Business Innovation Research Program and a renovation to the Small Business Investment Company program.

Related News: Small Business Looking Towards Technology for Growth in 2013

President Barack Obama was satisfied with Mills’ tenure, saying in a statement, “I knew she had the skills and experience to help America’s small businesses recover from the worst economic crisis in generations – and that’s what she’s done.”

More accolades came from U.S. Hispanic Chamber of Commerce President & CEO Javier Palomarez, who credited Mills’ leadership in helping “small businesses – particularly those in the Hispanic community – have made enormous economic contributions despite the lingering effects of a financial crisis and sluggish recovery,” he said in a statement.