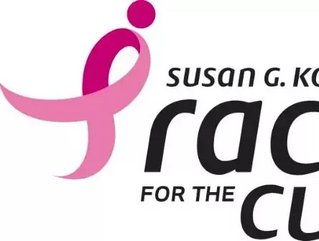 Karen Handel, who served as Susan G. Komen for the Cure’s Chief Lobbyist and Senior Vice President for Public Policy has resigned from her position. This resignation comes in the wake of a controversy over the breast cancer charity's decision not to continue to fund Planned Parenthood as it undergoes federal investigation.

"Today I accepted the resignation of Karen Handel, who has served as Senior Vice President for Policy since April 2011,”said Nancy Brinker, CEO and founder of Susan G. Komen for the Cure. “I have known Karen for many years, and we both share a common commitment to our organization's lifelong mission, which must always remain our sole focus. I wish her the best in future endeavors."

How to Discover Your Leadership Brand

RIM Co-CEOS Step Down and COO Thorsten Heins Takes Over

Last week Komen announced that it would cut funding to Planned Parenthood for breast-cancer screenings because the organization is under congressional investigation by Rep. Cliff Stearns, R-Fla.

This decision was met with much criticism, opposition and protest from citizens and members of Congress who accused the Komen leadership of caving to pressure from anti-abortion groups.

Nancy Brinker denied that the decision was politically motivated, maintaining in a press release that the decision to cut funding to Planned Parenthood was motivated by a desire to ensure that the grants given out were being used only for direct services to vulnerable women.

According to the press release, the organization implemented in 2010 “a stronger performance criteria for our grantees to minimize duplication and free up dollars for direct services to help vulnerable women” and that “some some organizations [were found to be] no longer eligible to receive grants.”

Two days later, the organization reversed its decision and decided to fund Planned Parenthood after all.

"We have made mistakes in how we have handled recent decisions and take full accountability for what has resulted," Brinker said on Tuesday. "We must learn from what we've done right, what we've done wrong and achieve our goal for the millions of women who rely on us."

Now Karen Handel is resigning. In a letter given to the Associated Press, she is quoted as saying: "I am deeply disappointed by the gross mischaracterizations of the strategy, its rationale, and my involvement in it. I openly acknowledge my role in the matter and continue to believe our decision was the best one for Komen's future and the women we serve."