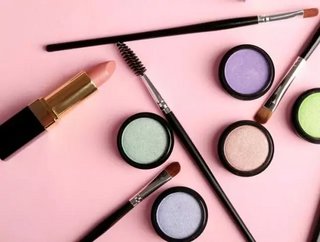 America is home to an array of famous cosmetic brands which have expanded worldwide, incorporating a multitude other products which range from haircare, skincare and various other health products.

We take a look at some of the most iconic American cosmetic brands which aim to develop innovative products which will shape the cosmetic market and become international staples for both male and female markets.

Providing a multitude of products alongside a successful cosmetic line, Avon is one of the most well-known brands worldwide and is the second largest direct selling company worldwide.

With approximately six million women viewing an Avon brochure every three weeks, products are sold in over 100 countries, with a huge international market.

Founded in 1946 from humble beginnings, Estée Lauder is a force to be reckoned with in the cosmetics industry, with products sold in approximately 130 countries, with over 20 brands to its name, such as Bobbi Brown to Origins Cosmetics.

With a revenue of $10,968.8 million in 2014 alone, this figure is set to increase as a result of the company’s continuing success.

A subsidiary of Estée Lauder, Clinique delivers a range of products, from cosmetics to elaborate fragrances which are sold in high end department stores worldwide.

Created by daughter in law of Estée Lauder Evelyn Lauder, along with American editor Carol Phillips and Norman Orentreich, Clinique entered the market in 1968 and was advertised as the world’s first dermatologist focused line, highlighting the importance of a regular skin care routine.

The company is continually expanding to develop further products to cater for the increased demand for cosmetics and skincare products for its customers.

Although originating in Toronto, Canada, MAC Cosmetics has been part of Estée Lauder Companies since 1994, with headquarters in New York.

Created by makeup artist and photographer Frank Toskan and salon owner Frank Angelo, products officially entered the cosmetics market in 1984 and flew off the shelves.

With a revenue of $76.27 billion in 2015 which is set to rapidly increase, Proctor and Gamble have adopted brands which range from cosmetics and haircare, to daily household products. It has become a significant influence in the international market with over 100,000 employees.

Founded in 1909 under Max Factor & Company, Max Factor was an iconic figure in the film industry, creating glamorous makeup and looks for leading film stars in Hollywood. After selling eye shadow and eyebrow pencils to local citizens alongside Hollywood stars, he began to sell a full range of products, titling it ‘make up’, which is where the term originates, developing cosmetics not just for the theatre, but for everyday wear.

Max Factor is known for its innovative products and is a highly influential brand, inventing various products, such as lip gloss and waterproof mascara, which continue to be big sellers within the cosmetics industry.

Founded in 1909 by Eugène Schueller, L'Oréal has become the world’s largest cosmetics company, with the acquisition of cosmetics giant Maybelline, which strengthened the company’s position and trade within Asia, alongside over 400 brands under the L’Oréal group, such as The Body Shop and Urban Decay, at which their dominance in the market is set to continue.