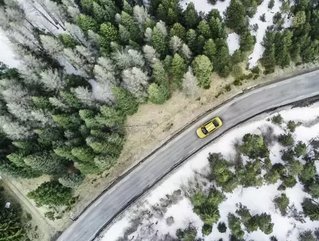 Joe Hargrave, local minister for Saskatchewan Government Insurance, said "They've all said they'll come to Saskatchewan if the regulations are right for their company,” on Thursday. However, he admitted that no large ride-sharing companies had made a firm commitment. "They're going to wait and see where the cities land with their regulations."

The Vehicles For Hire Act, which balances public demand and safety, according to Hargrave, was officially passed in May, but were delayed due to “extensive consultation”.

Drivers working for ride-sharing companies under the new regulations will be allowed to operate under a Class Five license (the standard license for small passenger vehicles). The decision has provoked a negative response from the Saskatchewan Taxi Cab Association, whose drivers up until this point were required to have a more stringent Class Four license.

The Association said in a press release: "It only makes common sense that for vehicles logging tens of thousands of more kilometres per year, and often carrying some of our most vulnerable individuals, including children, that they must pass a higher standard of training".

The new regulations will also require hired drivers to pass annual criminal record checks, as well as have a satisfactory driver history, meaning “less than 12 points under the Driver Improvement Program in the last two years and no impaired driving-related suspensions in the last 10 years”, CBC reports.

Public awareness and educational organisation, Mothers Against Drunk Driving (MADD), came out in support of the regulations, claiming that "we have seen as much as a five per cent drop in impaired driving in jurisdictions that do have rideshare options, so for us it's really exciting".

Uber issued a statement, saying they “look forward to working with municipalities, especially Saskatoon and Regina, as they work to update bylaws to launch more transportation options like Uber”.