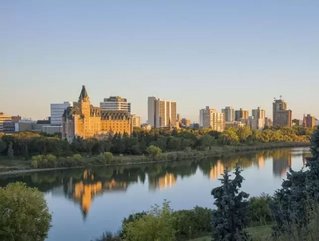 The government of Saskatchewan has unveiled its new Vehicles for Hire Act that sets out legislation for the induction of ride-hailing service companies to the Canadian province.

Referred to as “transportation network companies”, the likes of Uber, Lyft and other emerging and established industry names will now be able to operate within the province, with Saskatoon likely to be a popular option.

The city, known as being the largest in the province, conducted an online survey this month, receiving some 7,258 responses, showing that near 55% of residents rarely used taxis due to the high fares – something that ride-hailing companies are continually looking to reduce with the market becoming so competitive.

Further, Uber also revealed that between April and June this year as many as 15,500 attempted to book a ride with company in the province.

The legislation outlines a number of requirements, including the need for companies to file written evidence of an insurance policy with a minimum limit of $1mn, mandatory criminal record checks for all drivers, and a prescribed class four driver’s license.

“The fight against impaired driving is a priority for our government and Saskatchewan people have told us this will provide another option for them to get home safely,” Minister responsible for Saskatchewan Government Insurance Joe Hargrave said.

“This legislation provides a framework for licensing and insurance, sets out appropriate safeguards for the public, and gives municipalities the authority to determine the right public transportation mix for their communities.”