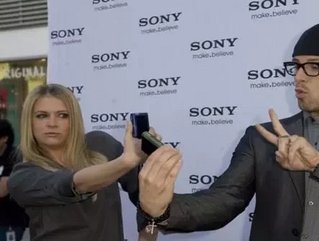 Sony opened a new concept store in a Century City, Los Angeles, Westfield mall today to offer customers a complete and unique Sony experience. The philosophy of the new store is “open” that provides customers with an interactive and fun shopping approach.

The Sony store front features a window into the world of Sony, bringing customers inside to access Sony exclusive technologies such as Music Unlimited and Video on Demand powered by Qriocity. Additional interaction with PS3 games and Sony 3DTV offers an elite experience. The store also provides a place to learn about future and emerging Sony technologies and innovations. An example that will be seen in the Century City store sis Sony’s RayModeler, a futuristic 360-degree display prototype that projects 3D images to be seen from all angles.

"Sony's goal is always to exceed customer expectations by providing an exciting, interactive and entertaining shopping experience," said Phil Molyneux, president and COO for Sony Electronics, said in a statement. "Our new store concept gives shoppers an opportunity to interact with trained and knowledgeable staff as well as preview, test, compare and unlock the full potential of Sony's entertainment offerings."

This new store will compete with similar retail technologies offered by competitors Apple and Microsoft. Apple stores recent phenomenal success in selling the Apple iPad2 bodes well for Sony and its similar store offering. Hopefully Sony, if successful, will follow in competitor footsteps and bring the new concept store to Canada soon.