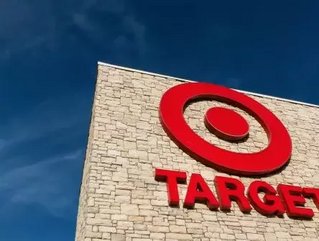 Target President and CEO Gregg Steinhafel resigned Monday following backlash from the company’s massive date breach over the holiday period. Steinhafel also stepped down as chairman of the board of directors.

“Today we are announcing that, after extensive discussions, the board and Gregg Steinhafel have decided that now is the right time for new leadership at Target,” a statement issued by the company via it’s newsroom, said Monday.

According to the statement, Steinhafel – a 35-year veteran of Target – will serve as an advisor during the transition. Target’s CFO, John Mulligan will serve as interim President and CEO, while current board member Roxanne Austin will take over as interim chair. Both will serve in a temporary capacity while suitable replacements are found.

SEE MORE: Data Security, How Not to be the Next Target

Target has reveled that Steinhafel is entitled to severance pay, however the board is yet to make a final determination regarding compensation-related aspects of his departure.

In a letter to the board of directors, posted to Target's website Monday, Steinhafel, who was named CEO in May of 2008, said, “The last several months have tested Target in unprecedented ways. From the beginning, I have been committed to ensuring Target emerges from the data breach a better company, more focused on delivering for our guests.”

Target has hired executive recruitment firm Korn Ferry to assist in finding its next CEO.

Should Steinhafel Have Resigned Sooner?

Despite news of Steinhafel’s resignation today, many critics are stating that it should have come sooner. Target has struggled to regain public confidence since the data breach and its perceived delay to change its leadership team may have led consumers to believe little is being done to rectify past mistakes.

"It would have been better to start the year with fresh eyes and a fresh approach," says Brian Sozzi, CEO of Belus Capital Advisors. "I think this reflects the very slow-moving nature that is inherent of Target's culture."

Steinhafel’s resignation follows a number of other recent executive changed at Target. Last week the company hired a new CIO, Bob DeRodes in replacement of Beth Jacob, who resigned in March.

DeRodes is a Target outsider, coming to the company after working for payments processor First Data. DeRodes also formerly served as CIO at The Home Depot, serves on the board of transaction company NCR Corporation, and was a government adviser on information technology.

In the months since, Target adopted a faster timeline for switching to more secure chip-based credit and debit cards, and the payment terminals that accept them. As part of the $100 million effort, Target announced last week that it all of its store-branded cards would be reissued as MasterCard chip-and-pin cards in 2015.