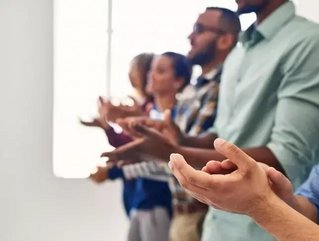 A Fortune study has revealed the Top 100 Best Workplaces for Millennials, with tens of thousands of young employees being surveyed across the United States.

Here we profile the top three companies to work for as a millennial:

Based out of Florida, the 3,700 employee-strong company works on end-to-end solutions for, among other areas, human resources, payroll and talent management.

Known for its commitment to its staff, employees said that ‘management believes in every one of them from the start’ which helps create an ‘engaging and positive’ atmosphere.

Another worker added that they ‘love all the little things Ultimate does for us, from catered lunches to birthday celebrations to frequent recognition for our work’.

The company’s website states that ‘at Ultimate Software, we have always put our people first. This idea permeates our culture to its core.

‘For over 25 years, it has driven us to create the innovative products and services we offer today. As a result, we enable our customers to put their people first—helping them build the people-centric environments they need to grow and meet their business goals.’

The company develops analytics software and has become one of the major players in its field since being founded over 40 years ago by James Goodnight, who remains CEO to this day.

Staff say that the ‘management trusts and fully believes in the idea that millennials are the future of this company’ and that ‘there’s a very unique sense of community throughout’.

SAS has customers in 149 countries around the globe, employs over 14,000 people and turned over revenue totalling $3.2bn in 2016 alone.

Its online profile boasts that ‘we help organisations turn large amounts of data into knowledge they can use, and we do it better than anyone.

‘It’s no wonder an overwhelming majority of customers continue to use SAS year after year. We believe it’s because we hire great people to create great software and services’.

Quicken Loans
Completing the top three was Quicken Loans, the mortgage lending company based in Detroit.

Formed in 1985 as Rock Financial, Quicken Loans pledges to ‘find a better way’ for its clients – and, according to its employees, has played a significant role in picking the city of Detroit up from off its feet.

‘It’s nice to be a part of a company that has shaped this city into what it is today, especially after Detroit’s bankruptcy’ said one worker, with another saying ‘this is a company that believes in innovation. We are encouraged and empowered to make improvements on our own’.

One millennial added that ‘as a young professional, this is a wonderful place to work. Every year, they pay for me to attend a conference or workshop of my choosing. They’ve also been willing to pay for trainings’.

Quicken Loans employs over 9,000 millennials along, with that number making up 67% of its workforce.