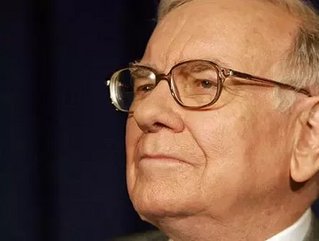 Berkshire Hathaway, the company owned by Warren Buffett has pledged to pay a billion dollars to the person who correctly picks the winner of all the men's tournament games during March Madness. Buffett has teamed up with Quicken Loans, who will be paying Buffett a premium in exchange for his promise to pay up. The premium has not been disclosed by either man.

"This will be the most fun. Just imagine if there’s one person left at the last game,” Buffett said Tuesday. “I will go to that final game with him or her and I’ll have a check in my pocket… I think we’ll be rooting for different teams.”

According to the Washington Post, Buffett said he pitched the idea of insuring a perfect bracket to Dan Gilbert, the founder of Quicken Loans and owner of Cleveland Cavaliers last fall. The competition is due to launch on March 3 to the first 10 million households that sign up online. It is reported that the winner can choose to either take 40 annual payments or a $500 million lump sum. Multiple winners would split the prize money.

On top of the grand prize, Quicken has also offered to give the 20 most accurate brackets $100,000 each, which can be used for buying, refinancing or remodeling a home. Quicken will run the contest and Berkshire Hathaway will provide security.

If this competition sounds too good to be true, you could be right. The contest rules for the Billion Dollar Bracket Challenge state that the odds of winning are one to 4,294,967,296. But, as the old saying goes, you have to be in it to win it. Good luck!