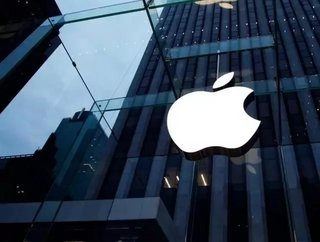 A study from Kittleman has named Tim Cook as the CEO with the greatest impact on growth, with Apple having seen an average monthly rise in revenue of $1.57bn during his 77 months as CEO of the company.

Tim Cook has been a strong advocate of maintaining Apple as a leading innovator, whilst much of his success as CEO can also be attributed to the company owning a significant portion of the market share upon his appointment.

Cook stands significantly ahead of any other CEO, with Larry J Merlo of CVS named second with a $860mn average monthly rise for 82 months, followed by Verizon’s Lowell McAdam with $725mn for 77 months.

CEO of Alphabet, Sundar Pichai, is ranked as the fourth most influential CEO in terms of growth, having raised the revenue of Google’s parent company by $546mn a month during the 27 months that he has been at the company, demonstrating that changes in leadership can often have a profound effect in the short term.

Meanwhile, Warren Buffett and Jeff Bezos were also both named in the top 10, despite having served significantly longer tenures. As head of Berkshire Hathaway, Buffett has grown the company’s revenue at an average rate of $354mn a month for an extensive period of 632 months (over 52 years).

“By diversifying the companies and subsidiaries that Berkshire Hathaway owns and operates, Buffet proves that slow and steady can continue to reap profits for his massive company,” said Kittleman.

“After studying the graph and the ranking, it’s interesting to see that 24 companies out of 50—nearly half—saw revenue impacted when the CEO was approximately 4 to 8 years into the position,” Kittleman continued. “This tells us that once a CEO settled into the job, assessed what was working and what areas needed improvement, and put plans in place for growth, the company saw noteworthy revenue impact.”

For more information, see the full rankings and infographic from Kittleman.