US leading the way in female C-suite leadership 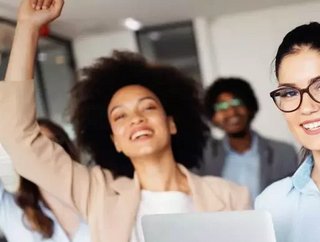 North America, Canada, Britain, France forging ahead in gender diversity according to the BTC 101 Best Global Companies for women in leadership Index...

According to the just released rankings of the 2021 Break the ceiling touch the sky® 101 Best Global Companies for women in leadership Index (BTC 101 Global Index), North America is top when it comes to women in leadership roles with 51.78% of the rankings comprising US-headquartered companies.

The Index, released annually by the House of Rose Professional Pte. Ltd (HORP), examines the gender balance across Boards and Management teams at each Company with more than 10,000 C-suite executives reviewed on the world's 500 largest Companies this year (December 2020).

US, Canada, Britain and France first on gender equity

Global powerhouses Accenture, Starbucks, Kroger, Coca-Cola, Citi, Procter & Gamble, HP, GlaxoSmithkline, and General Motors, are among the 101 companies performing when it comes advancing women to the leadership positions. As well as the above, among the US-headquartered companies featured in the rankings, and therefore making a real difference on diversity, are FedEx, Facebook, Intel, Cisco, Daimler, CVS Health, UPS, Walmart, and MetLife.

France, Britain and Canada followed the US with 12.5%, 10.71% and 5.35%, respectively, with top-performing companies on gender equality including Danone, L’Oreal, Pfizer, Zurich, Volvo, Vodafone, Aviva, bp, Tesco and Unilever.

Female-CEO led companies of the world’s 500 largest companies also led on the BTC 101 Global Index with 12 out of 14 of them featuring. 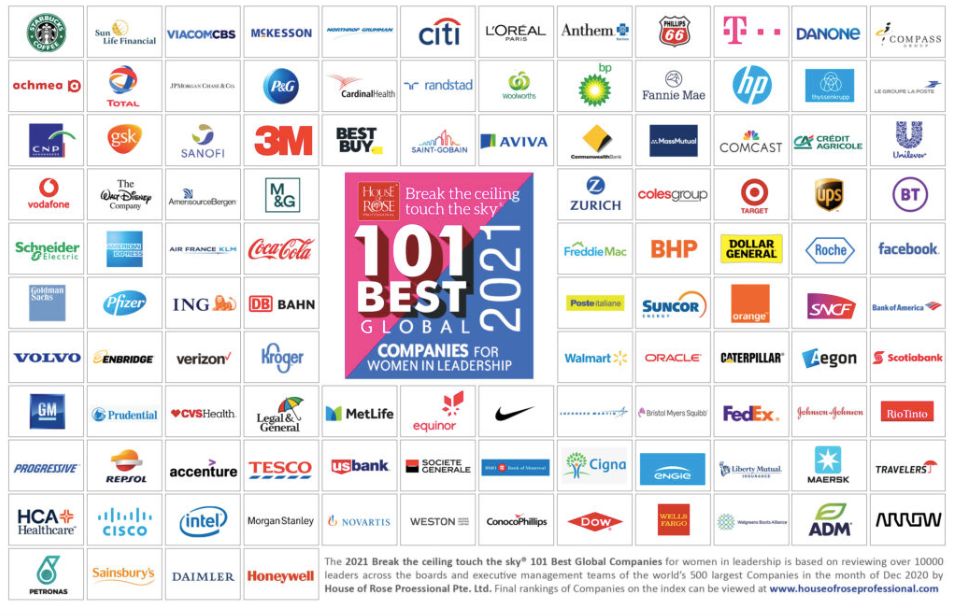 Mission 2029 for a Better World

The BTC 101 Global Index, released annually, is part of HORP’s Mission 2029 for a Better World is a 10-year global initiative to shape a better world via quintupling the number of Female CEOs in the worlds 500 largest Companies from 14 (in 2020) to 70 in 2029 and doubling the number of male CEOs who are actively investing in gender diversity & inclusion.

According to Julie Hamilton, Chief Commercial Officer, Diageo Plc, "The future is female. Research is indicating that women drive 70-80% of all consumer purchasing, through a combination of their buying power and influence. Given this reality, it is imperative we have more gender balanced leadership at the very top of organizations".

Findings from the Index as well as best practices on diversity, equity and inclusion from several leading Companies are being shared today at HORP's 2021 North America (virtual) Edition of Break the ceiling touch the sky - the success and leadership summit for women.