What legalised cannabis could mean for business in Canada 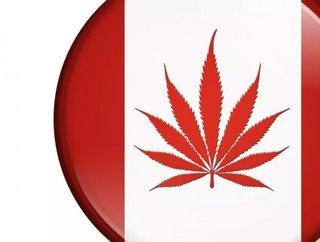 New legislation being introduced in Canada for 1 July, 2018 will legalise, regulate and restrict access to cannabis, and allow Canadian provinces to decide how the drug will be distributed and sold, which presents huge business opportunities for growers, distributors and manufacturers.

Medical marijuana is already legal in Canada and business is booming with the industry bringing in CA$869 million in legal sales in 2016. Taking this into account, Deloitte estimates the current cannabis market has a base retail value between $4.8-$8.7bn, which would rival the size of the Canadian spirits market, which is $5bn. Vivien Azer of Cowen & Co. said in a recent report: “When you consider ancillaries such as growers, testing labs, security, etc., the economic impact could range from $12.7 to $22.6bn. These numbers do not include the impact of tourism, business taxes, licensing fees and paraphernalia sales, which could drive the economic impact higher.”

It's clear that there is a lot of opportunities for businesses in Canada that want to capitalise on this new legislation. This is being led by those already in the industry who are keen to see proper regulation of the drug for recreational purposes, but also understand that it will bring increased investment, innovation and new jobs too.

Just after the announcement of the legislation, stocks in publicly traded marijuana businesses spiked. Shares of Canopy Growth Corp. were up 11% in trading, Aurora Cannabis rose 10%, Aphria rose 7.9%, SupremePharma jumped 6% and OrganiGram holdings rose 10%. The rapid rise has dropped off since, but as we move towards July next year an overall upward trend is to be expected.

In order to meet the low end of the estimates for the adult-use market, Canada would have to produce over 600,000kg of cannabis a year, representing a significant increase over current levels that has sparked a rush to build new grow facilities.

Alberta-based medical marijuana producer Aurora Cannabis has been lobbying for these new rules and isn’t surprised by the new legislation. In fact, it's confident it can meet demand. In a statement, CEO Terry Booth said: “The legislation and anticipated timeline for legalisation validates Aurora’s business strategy of building and acquiring the capacity to produce high quality cannabis on a massive scale, with low per-gram cost of production; establishing what we believe is the industry's leading e-commerce and customer care platform.

“With our existing purpose-built production facility in Alberta, and construction well underway at our new 800,000 sq ft facility at Edmonton International Airport as well as the recent acquisition of a third production facility in Pointe-Claire, Quebec, we anticipate being one of the largest suppliers to both the rapidly-growing medical cannabis sector and the much larger newly-legalised consumer market.”

Existing cannabis producers have been looking ahead to this kind of legislation change and have made plans to scale up their operations. Health Canada is also helping by speeding up the licensing process for the production of legal medical marijuana, in an attempt to ramp up cultivation ahead of July.

The winners are most certainly going to be those who can produce the most grams to be sold onto consumers, as the demand is going to surge when July 2018 rolls around.

If producers can meet demand, there’s a chance that recreational cannabis use could hurt sales of alcohol. You only have to look to the US to see signs of this. Recent reports show domestic beer sales fell in Colorado, Washington and Oregon after cannabis was legalised, with sales of Coors Light and Bud Light dipping as much as 4.4%. The beer market, which is worth about $9.2 billion, is anticipated to take a $70 million hit from in the first year of marijuana legalisation, the Anderson Economic Group says.

It’s not just producers who are set to benefit from the legalisation of cannabis. Plenty of investors have done well investing directly in the cannabis industry, but there are other opportunities out there too. It’s likely that Amsterdam-style coffee shops will start to appear in Canada, offering recreational marijuana to locals and tourists alike. The boom is tourism is likely to come from the US, where only a handful of states have legalised cannabis.

Not only that, but under the new legislation, it'll be legal for cannabis users to grow up to four plants per household. This means there will be increased demand for seeds, growing equipment and hydroponics.

The makers of paraphernalia are also set to benefit as there will be the increased need for the practical products surrounding the smoking and cooking of cannabis.

Finally, there's likely to be a boom in the amount of ecommerce websites being set up to sell seeds, cannabis, equipment, paraphernalia and more. To sell cannabis legally, these websites will need to be federally licensed, but would mean users can get the drug and any other equipment delivered directly to their door. This could also be a potential expansion route for already established websites that want to expand their offering.

At this stage, the legalisation bill doesn't say how those involved in the cannabis industry will be taxed.  It's likely that in the early stage tax will be kept low in the hope that legal manufacturers will soon elbow out anyone still dealing the drug illegally. A balance needs to be found that allows Canada to benefit from a newly-legalised industry, while ensuring the retail price of cannabis isn’t pushed so high that people still look to acquire it cheaply and illegally.

There’s no doubt that this new legislation is going to benefit both new and existing businesses, but a lot of that rides on meeting demand when the new regulations come into effect.