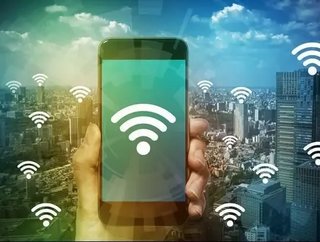 If any organization tracks trends and sets the agenda of the mobile industry, it is the GSMA.

Uniting the interests of more than 1,000 network operators and suppliers in the mobile ecosystem, the association is also behind the industry’s flagship events, not least Barcelona’s annual Mobile World Congress (MWC).

Welcoming more than 108,000 visitors in February, MWC is the ideal platform for mobile players to launch their latest innovations, whether it be new handsets and gadgets, network enhancements or pioneering applications in IoT.

It is the latter which has become the subject of so much recent discussion, enough to warrant GSMA hosting its fifth Global Mobile IoT Summit in San Francisco in September. The prologue to this year’s event – a study by Machina Research predicting that IoT will be worth $1.8trn to mobile network operators by 2026.

Andrew Parker, GSMA’s Programme Marketing Director for the Internet of Things, is tasked with raising the profile of IoT in the mobile industry. No mean task, but one that is already in motion.

“In many people’s eyes, the Internet of Things is still a vision,” he says. “However, it’s all a reality now. It is unusual for the mobile industry to act so quick – usually a move this big takes many years, but what we have seen in three years is momentous.

“The overriding mission is to mobilise the Internet of Things and we think that mobile is the most powerful, scaled platform to do that. The mobile industry can add serious value here.”

Parker goes on to explain that the $1.8trn figure emerged from three levels: connection and connectivity; the platform layer, i.e. bringing connections together; and the applications and analytics which run on top of that.

“The reason the figure is so big is because it covers so many perspectives,” he adds. “We could have published $3trn if we included more indirect things like consultancy work.”

Parker and the GSMA are noticing a growing uptake of dedicated IoT departments among its members, with 12 companies currently owning their own IoT networks. These include AT&T, Telstra, Verizon, China Mobile, Vodafone and Deutsche Telekom. By year’s end, Parker expects 40 operators to have launched mobile IoT services.

“This is not just the preserve of large mobile operators,” Parkers points out. “A number of smaller telcos are partnering with larger corporations to increase their scale and many smaller, national operators are launching their own IoT operations.”

To what extent is this upscaling of mobile IoT activity in response to changing and heightening demands of consumers?

For Parker, the consumer space offers the opportunity for whole new business models and markets to emerge, and mobile operators are continuing to respond to consumer needs.

“Mobile IoT responds to the fact that customers and consumers just want things to work,” he explains. “People expect to take something out of a box, turn it on and for it to work. Ultimately, they want life to be easier, not harder, and what mobile IoT does is create that user experience straight out of the box.”

Utilities is one such new market identified by Parker, especially in the area of smart metering which is well-documented to have the potential to save consumers money on energy bills by granting visibility over exactly what they use. Mobile IoT networks can offer the cost-effective, reliable and scalable connections needed for utilities companies to roll smart metering out en masse, and operators such as Etisalat in the UAE are already making headway in this space.

Opening up different markets to mobile operators is central to Parker’s mission, and demonstrating the power of mobile IoT is a sure-fire way of grabbing the attention of decision makers across almost any industry.

Through its renowned event calendar, the GSMA is primed to do just this. It also attends industry-leading events organized by other industry groups – for instance, in October it showcased what IoT can do for utilities companies at European Utilities Week in Amsterdam.

In Barcelona at MWC, numerous applications were showcased, from IoT-powered happiness meters for public places to solutions for tagging harbour seals off the Scottish coast. More recently, at the Global Mobile IoT Summit in San Francisco, AT&T and Verizon launched their latest mobile IoT network solutions, opting for LTE-M over 2G technology.

Parker is also keen to point towards the industrial applications on show at the event, with one example surrounding the connectivity of pallets coming to mind. “There are around 15bn pallets in the world, and trying to fit tracking devices to them is difficult, chiefly because they fall off and run out of power,” he says. This causes particular issues for food companies looking to track shipments, a major problem being the significant temperature fluctuations in the cold chain – temperatures that need to be maintained from harvest to supermarket.

Monitoring which pallets of produce have suffered breaks in the cold chain can help the distributor minimize waste. A smarter pallet will be able to detect the produce that has suffered temperature fluctuations, which can then be delivered to the closest distribution centers.

“You can quickly see how retrofitting these pallets with the technology, as opposed to fitting trackers onto them, can have a massive impact if a proportion of that 15bn is upgraded,” Parker observes.

This niche, albeit striking example of mobile IoT’s scalability comes back to the key point behind GSMA’s $1.8trn research announcement, as Parker concludes: “IoT opens up scale to all industries. It is about breadth of coverage and the power of connections, building a new network fit for the Internet of Things as opposed to adapting an existing network.”