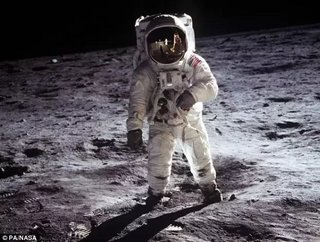 Golden Spike, a private firm founded by a team of former NASA executives has revealed it will be able to send people to the moon for a fee of $1.5bn. It will be able to offer countries two-man trips for either research or national prestige.

President at Golden Spike, Alan Stern said the company was in discussions with South Africa, South Korea and Japan among others. While it is quite clear that the United States will not be taking the firm up on its offer, since Barack Obama canceled its own NASA led return trip to the moon in recent years, Spike believes “It’s not about being first. It’s about joining the club,” and he wants to give other countries the opportunity to further research and development.

He also believes that Golden Spike will start where NASA left off and turn the missions into valuable commodities in the 2020s. The firm aims to launch its first mission by the end of the decade and is estimating it will carry out between 15 and 20 launches in total. The firm has revealed it will be buying existing rockets and capsules, meaning it will only need to develop new space suits and a lunar lander.

Golden Spike is made up of a number of notable space veterans, giving it more credibility than some of the other companies purporting to be launching space missions in the near future.

The Board Chairman: Gerry Griffin, an ‘Apollo era’ flight director, who once headed the Johnson Space Centre is being supported by advisers including space shuttle veterans, Hollywood directors, the former House Speaker Newt Gingrich, the former UN ambassador Bill Richardson and the engineer-author Homer Hickam.

Alan Stern during his time at NASA