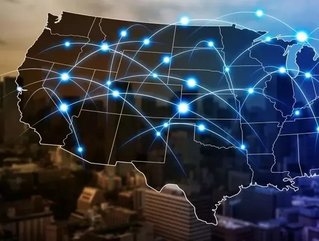 Verizon is set to launch the first 5G home service to select customers in Houston, Indianapolis, Los Angeles, and Sacramento on 1 October
5G Home, the telecommunications conglomerate’s commercial package, will be the first instance of commercial 5G reaching the public, although the service will be limited to home use as Verizon’s mobile 5G service is still in development.
The MIT Technology Review also noted that this package “doesn’t deliver speeds much faster than those offered by fiber networks” and that “the rollout won’t be available to everyone” in the launch cities.
Despite these limitations, CNET noted that the release “gives Verizon the bragging rights as the first carrier in the world to get to the next-generation wireless technology”.
See more:
Verizon’s release will be a significant milestone for commercial 5G rollout, with competitor AT&T set to release its mobile 5G network by the end of the year.
Sprint and T-Mobile are working on a 5G launch in 2019, although the merger between the two companies has been delayed to facilitate further reviews by the Federal Communications Commission.
CNET reported that “Verizon is rolling out the red carpet for early takers”, with their first 5G customers to receive free installation, three months’ service for free, a Chromecast or Apple TV 4K, and three months of YouTube TV.
AT&TTelecommunicationsT-MobileVerizon
Share
Share