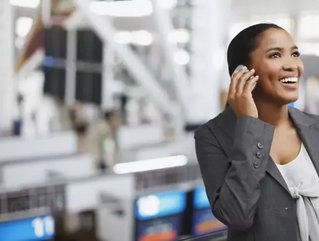 Next year will mark the 40th anniversary of Loi 101 (or Bill 101) which enshrined French as the official language of Québec, a province that more than 8 million people call home. At the time it was controversially at odds with then Prime Minister Pierre Trudeau’s attempts to promote bilingualism, however it was a crucial step to preserving the French language in Québec. And to this day for businesses – big and small – which intend to sell in French Canada, an understanding of French Québécois (spoken by 86% of the French-Canadian population) is vital, to avoid annoying both officials and customers.

The bill itself is still viewed as controversial and has seen a number of amendments. While many of these haven’t affected businesses - for example restricting admission to English-speaking schools – some do, such as requiring French on commercial signs. Even this month new signage laws, first announced in May, will come into force requiring businesses with a non-French trademark name to add French words to their signs. At a time when consumers are increasingly buying online, this also raises questions for brands’ online logos and marketing, but it’s far from the only thorny issue for marketers looking to sell in Québec.

Retailers marketing themselves in French Canada – online and offline – are aware of the need to translate into French, but too many make the mistake of assuming they can use Metropolitan French terms. There’s a widespread misunderstanding around just how different the two dialects are.

Whilst there are occasional American English words which have been absorbed into Québécois, such as ‘le tuxedo’ (contrasted with Metropolitan French’s ‘le smoking’), on the whole they avoid Americanisms and Anglicisms. We still see a number of global brands getting this wrong, and this can damage brands in two distinct ways.

Firstly, they potentially open themselves up to complaints, via the Office québécois de la langue française, a public body set up specifically to protect the French language. It monitors much of what transpires in the English-speaking business community, evaluates complaints from citizens and issues requests to website owners to localise their website. It also has the power to issue sanctions, ranging from requests to conform to the law, issuing fines and even blocking a company’s website. Given how protective many Québécois are of the French language, they would react very strongly to companies which don’t comply.

Yet more worryingly, it can put off prospective shoppers, and even lead to them struggling to find the things they want. Online shopping often begins with a search, and if brands are using the wrong terms – and not marketing in a tailored manner to French Canadians – they simply won’t be found.

For example, if a major global retailer is investing in Google AdWords to sell hooded jumpers, they can’t put money behind the search term ‘hoodie’, as that’s not what consumers are searching for. Equally, some may get it wrong by using the Metropolitan French terms ‘pull’, ‘chandail’ or ‘sweat à capuche’, without realising that Québec has its own term for hoodies; ‘coton ouaté’.

Looking at some major retailers’ websites, it’s abundantly clear that their online approach has been white-labelled without consideration for the nuances of Québécois and using high numbers of Americanisms. For example, offering sections on their websites for people to browse ‘fitness et training’ or ‘lifestyle’. Some are even showing the price in US dollars instead of Canadian dollars, a really basic oversight which could easily put off customers.

Localisation is about more than mere translation, it’s about demonstrating a fluency in the culture of different regions. Its benefits are clear; it enables consumers to feel an affinity towards a business, demonstrating that they care about their desires and needs. Businesses that aren’t investing in getting it right are overlooking the basic human desire to feel valued – and consumers are voting with their feet. Research by eMarketer found that a fifth of French-speaking internet users had stopped following a brand or company because it didn’t post enough content in French. As brands increasingly invest in new technologies, such as AI and chat bots, which automate parts of the customer journey, the need to create a positive human connection with customers has never been stronger.

Businesses need to offer customers what they want, when they want it. It may sound obvious, but a large number of businesses are getting it wrong. To counter this, companies need to ensure they’re working with, or hiring, people who understand the marketing nuances of different regions, and not just in Canada. As deploying a chat bot to interact with a customer in a language they don’t speak on a website with prices in foreign currency is a sure-fire way to send them elsewhere.

As Bill 101 nears forty, there’s simply no excuse for companies which fail to respect the linguistic, cultural and behavioural variances in different parts of the world. The internet has created a world where the shops never close, but if businesses in French Canada keep getting it wrong, they might not be open much longer.