Bank of Canada: Wage hikes could lead to 60,000 job losses 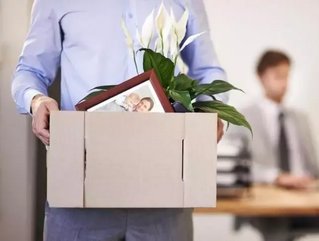 New research from the Bank of Canada has suggested that further impending minimum wage hikes forecast for next year could result in a loss of 60,000 jobs.

Beginning 1 January, the minimum wage in Quebec rose from $11.40 to $14 per hour, with the government planning to again raise this to $15 hourly at the beginning of 2019.

Despite the benefits that this will bring to many Canadian workers, the Canadian central bank is predicting that wage increases could lead to up to major job losses, along with rising prices.

“If average hours worked remain unchanged, this would represent a loss of about 60,000 jobs by 2019,” the report reads.

The Bank of Canada echoes a report from the Financial Accountability Office (FAO), released in September, that predicts that a $15 minimum wage could result in up to 50,000 redundancies.

“The higher minimum wage will increase payroll costs for Ontario businesses, leading to some job losses for lower income workers,” the FAO said.

Further, the Canadian Federation of Independent Business (CFIB) reported in a survey in July that up to 34% of Ontario’s SMEs would consider moving their operations as a result of the rising wages.

However, despite these organisations warning of such effects, the liberal government aims to pursue the wage hikes in the attempt of raising living standards for all Canadian’s, with 30% of the population earning less than $15 hourly.

“We don't believe that anyone in Ontario who works full time should be struggling to pay their rent, put food on their tables or care for their families — especially when the provincial economy is doing so well,” Ontario Labour Minister Kevin Flynn previously said.