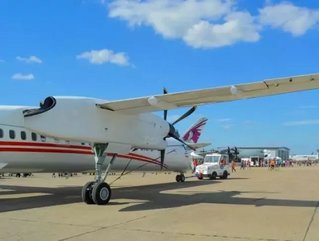 The agreement supplements a firm order for five Q400 that was developed in December 2016. Philippine Airlines, the flag carrier of the Philippines, agreed to purchase rights for an additional seven aircraft at that time. It has now exercised these rights.

"The Q400 aircraft have helped airlines around the world expand their networks, and capture new opportunities" said Fred Cromer, President, Bombardier Commercial Aircraft. "We are delighted that Philippine Airlines is growing its fleet with more Q400 aircraft, and are confident that the airline will benefit from the aircraft's outstanding economics and performance."

As a result, the new firm order of 12 Q400 aircraft is valued at approximately $235 million.

“We are thrilled about the opportunities that lie ahead, and we look forward to offering more capacity and improving connectivity in the region with comfortable, fast and efficient regional aircraft like Bombardier’s 86-seat turboprops,” Jaime J. Bautista, President and Chief Operating Officer of Philippine Airlines.

Bombardier announced this deal from the International Paris Air Show, which runs from 19 to 25 June 2017.

Including this latest order, Bombardier has now recorded a total of 585 Q400 aircraft on firm order.