Calgary School Board Budget Cuts May Lead to Layoffs 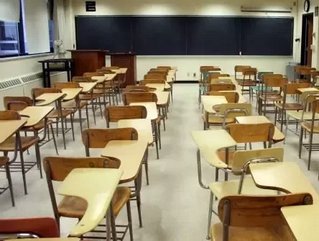 It’s a sad time for education in Calgary. The Calgary Board of Education announced yesterday the full impact of the provincial budget, asking schools to absorb $24.8 million in cuts for the 2011-2012 school year. The budget cut is estimated to affect around a total of 320 full-time employees.

In addition to job cuts announced earlier in March, the elimination of 280 positions, announced yesterday, will take effect at the start of the new school year in the fall.

“When we saw the provincial budget we knew this day would come,” says Naomi Johnson, chief superintendent of schools. “We knew we could not possibly absorb a $61.7 million shortfall without affecting students in classrooms. We knew the budget would require hundreds of layoffs. However, knowing the budget impact as a fact on a spreadsheet is completely different from seeing the impact on people who are dedicated to education.”


The provincial budget this year for the CBE was short by a total of $61.7 million. The CBE first proposes to use its $12 million in reserves to address this budget shortfall. Additionally, the CBE administration has introduced a phased approach. The first phase, originally announced on March 22nd, proposed to redesign central services to save $24.9 million. This means eliminating student support positions such as psychologists, learning leaders and learning specialists. This first phase proposed cutting an estimated 172 positions, which includes 37 other positions from administration departments.

The second phase announced later this week will affect the “resource allocation method” (RAM), which provides each principal with an allocation to make staffing and resource decisions for their schools and students.

“We have kept our promise to keep students first by asking schools to contribute last,” Johnson says. “In a painful process, our principals now have to make some of the toughest decisions.”

This second phase is still to be approved by the Board of Trustees at a public hearing today. If approved, principals will be informed the details of their annual RAM on April 20th and will have until May 3rd to make decisions for their schools and students.
layoffsbudgetCalgary Board of EducationCanadian education
Share
Share