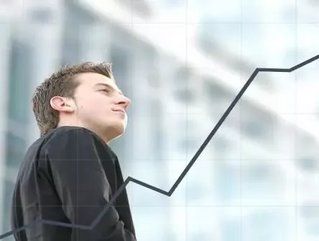 What Canadian provinces are looking forward to a positive 2011? Where are business owners the most confident and where are they not?

The Canadian Federation of Independent Business and its 107,000 small business owners from BC to St. John ’s have a sense of guarded optimism for the new year. The CFIB's Business Barometer Index gauges expectations.

Index levels normally range between 65 and 75 when the economy is growing.

UP
Alberta
71.6
Sitting on the second-largest proven crude oil reserve in the world next to Saudi Arabia with an estimated 171.3 billion barrels—enough to meet Canada’s current oil demand for almost 400 year—is an obvious cause for economic optimism. And the news that PTTEP, Thailand's sole petroleum exploration and production company, has made a $2.28 billion entrance into Alberta’s oil sands, serves to backup that optimism. Look for legislative action concerning the oil sands to clear up uncertainty in the coming year.

UP
British Columbia
70.0
Fresh off a year that saw Vancouver play host to the Olympic Games, British Columbia has shown tempered optimism for the coming year. While its neighbor to the East lays claim to a massive oil reserve, the BC economy will continue to ebb and flow with the world’s resource commodity markets, as its principle industries are mining and logging. Vancouver is a leading technology hub, but as stimulus funds start to dry up, many start-ups will be left scrambling to find capital. A bigger question in 2011: Who will lead the Provincial Government? Premier Gordon Campbell announced his resignation on November 3, 2010. When the next leader is selected in February, the business climate in BC will be much clearer. Not to be forgot; Vancouver will host the 98th Grey Cup at year’s end, and businesses are already making plans.

UP
Newfoundland & Labrador
69.2
Back over on the Atlantic side, Newfoundland & Labrador has its fiscal house in order. The Honourable Tom Marshall, Minister of Finance and President of Treasury Board, announced at the end of last year that the Provincial Government is projecting a surplus for the 2010-11 fiscal year of approximately $12.3 million, an improvement from the $194.3 million deficit forecast in Budget 2010. And talk of surplus is sure to buoy spirits. Much of the surplus will result from higher corporate taxes and in particular from global mining giant Vale. In Long Harbour, Vale has capital expenditures of approximately $2.8 billion are being made to build new, state-of-the-art processing facilities to process nickel concentrate.

Down
Manitoba
58.0
Some numbers just don’t add up. Manitoba has the most pessimistic economic outlook for 2011, yet the Province became the first with a zero per cent small business tax rate on December 1, 2010. Like the personal income tax system, all businesses pay a reduced provincial corporate income tax rate up to the current provincial threshold of $400,000. After that, the higher general corporate tax rate applies. Even so, business owners identified the shortage of labour both skilled and unskilled (51 per cent) and management skills and time constraints (39 per cent) as primary constraints and, oddly, tax/regulatory costs (69 per cent) and wage costs (65 per cent).

Down
Prince Edward Island
59.0
Business in PEI is just as depressed as Manitoba and, largely, for the same reasons—taxes and bureaucratic red tape. The economy is dominated by the seasonal industries of agriculture, tourism and fishing. However, aerospace now accounts for over 25 per cent of the province’s international exports and is the island's fourth largest industry at $355 million in annual sales. Business owners, though, cite insufficient demand (42 per cent) and shortage of skilled labour (37 per cent) as constraints and energy cost (72 per cent) and taxes (61 per cent) as major concerns. Many business owners are blaming the harmonized sales tax and labour laws as primary culprits.

Down
Quebec
62.9
The majority of Quebec business owners view the overall state of business as good (53 per cent), but the numbers suggest the French speaking Province is bottom feeding on the optimism scale. There is a significant concentration of high-tech industries around Montreal, including aerospace companies such as aircraft manufacturer Bombardier, the jet engine company Pratt and Whitney and defence contractor Lockheed Martin Canada. But until manufacturing picks up by virtue of credit facilities resuming lending, many are taking a wait-and-see-approach. Business owners again cited a shortage of skilled labour (36 per cent) and insufficient domestic demand (30 percent) as the main constraints.